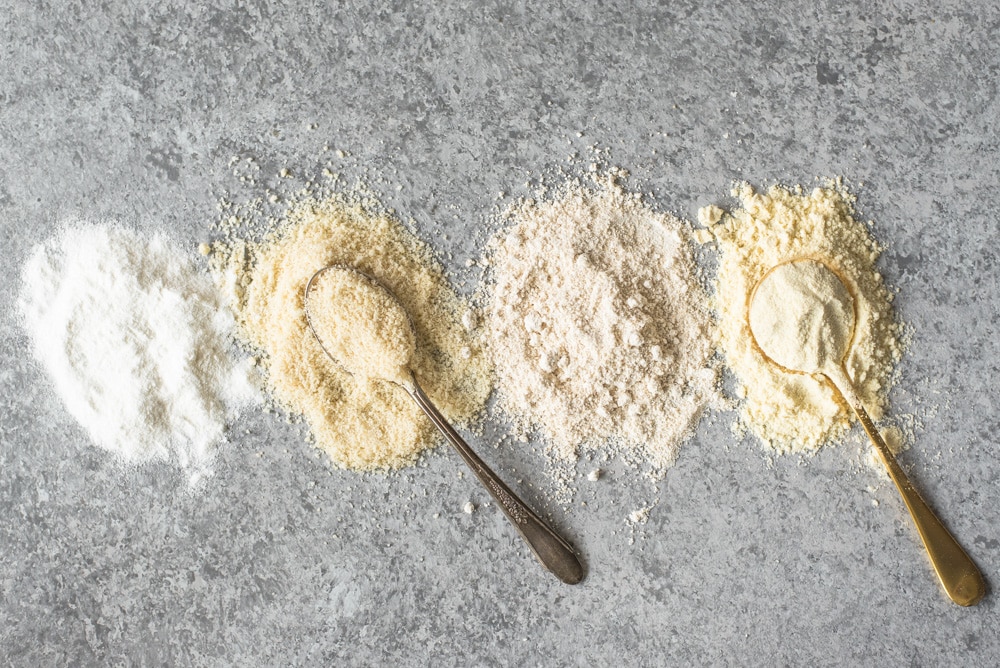 Two years ago, I decided to go on the Whole30 diet on a whim. I wasn't motivated by health-related reasons. Rather, I was simply curious about how my body would feel without consuming gluten, dairy or additional sugars. What happened afterwards was definitely something that I did not expect.

I discovered that I don't exactly have sensitivity towards gluten, but for some inexplicable reason, my stomach churns in a strange way when I eat things made primarily with all-purpose flour. I know it sounds strange, but I suppose our bodies are mysterious machines sometimes. That's how my journey with gluten free (GF) baking began.

Gluten free baking can be tricky, especially if you want to bake things that require structure and elasticity, such as pies or breads. However, it is not impossible. The key is learning how to determine which flour blend works with a particular recipe.

I don't typically buy GF all-purpose flour blends. What I have found is that despite their name, these flour blends are often times not suitable for all recipes. For example, while some blends might be okay for brownies, they may be too starchy for a pie crust. That's why it's a good idea to have a few varieties of GF flours at home and make your own blends.

What is gluten and how does it affect baking?

Before getting into different varieties of gluten free flours it is important to understand how gluten affects baking. What makes wheat flour work in baking recipes is the presence of certain proteins in the flour: glutenin and gliadin. These proteins, once they come in contact with water or another type of liquid, link together to form elastic chains known as gluten. Gluten helps build the structure and elasticity of doughs.

GF flours lack these vital proteins, so you need to find other ways to develop structure within a dough. Often times, this means using different starches (such as tapioca starch, cornstarch or potato starch) or gums (such as xantham gum or guar gum). 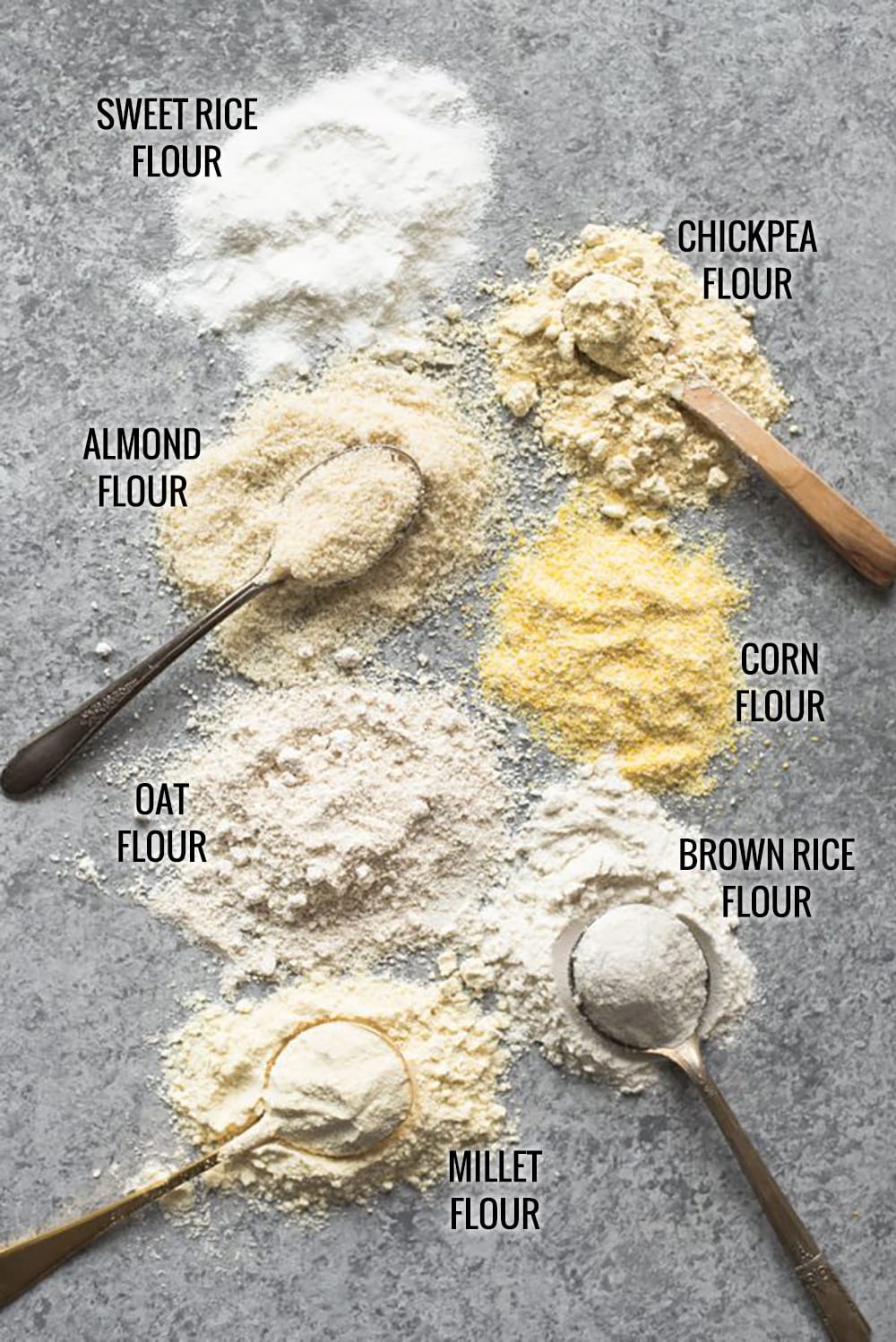 Almond flour is commonly used in GF and paleo cooking. It adds nutty notes and moisture to baked goods but can be quite dense. That density is often times a boon for certain brownie and cookie recipes but not great for recipes requiring an airier structure, like cakes. For the latter, you will need to mix the almond flour with other flours. Do note the distinction between almond flour and almond meal. Almond flour, in general, is more finely ground, while almond meal is more coarse (you may even find small bits of almonds in a package of almond meal). If you are cooking something delicate like macarons, you will want to use finely ground almond flour. 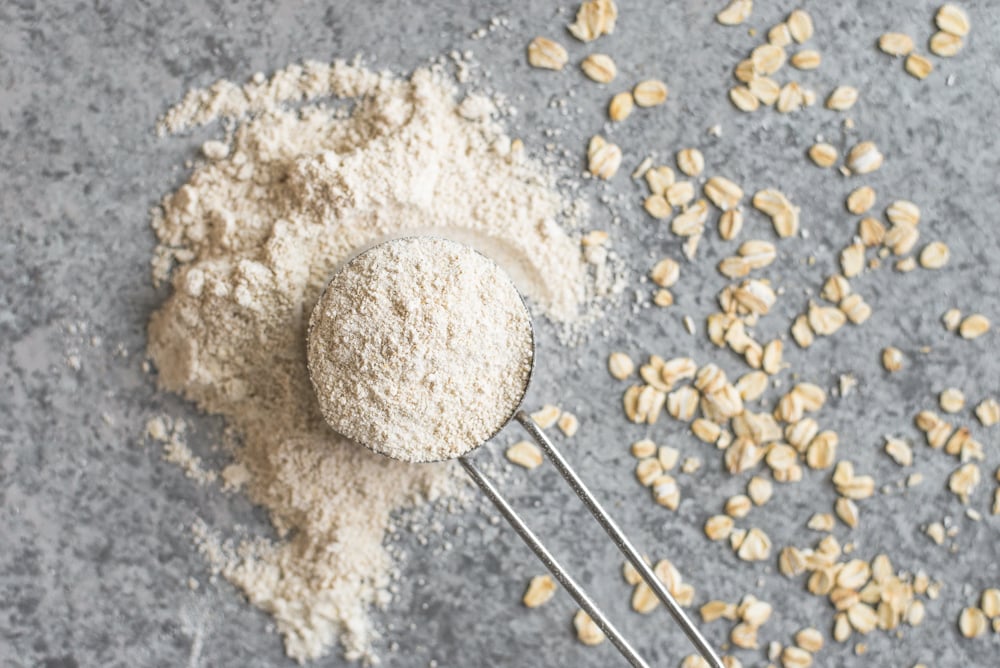 This is the workhorse in my kitchen. I often use oat flour in my cookies or muffins and it's great in other sweet dishes, such as pancakes or waffles. Oat flour adds a nice nutty flavor to baked goods. Another good thing about oat flour is that you can make it at home. Just blend rolled oats with your food processor until it turns into flour, and that's it! One warning for people who are celiac: make sure to find oat flour or rolled oats that are certified gluten free. Oats are commonly processed in the same facility as wheat, so cross contamination can occur.

I like cooking with millet because of its earthy flavors, so I like to experiment with millet flour in my baked goods as well. Millet flour is ground quite finely. It does have a slight bitterness, so you will want to blend it with another flour, like sweet rice or white rice flour.

If you are making savory baked goods, such as savory cakes or breads, consider using chickpea flour, which has a high protein content. The beany flavors are detectable when you use it for sweet applications, so you might want to stay away from chickpea flour for sweets.

Besides making polenta, cornmeal can be great for making savory cakes or even biscuits on a fruit cobbler. Because of its coarse texture, you'll want to blend the cornmeal with other finer flours. 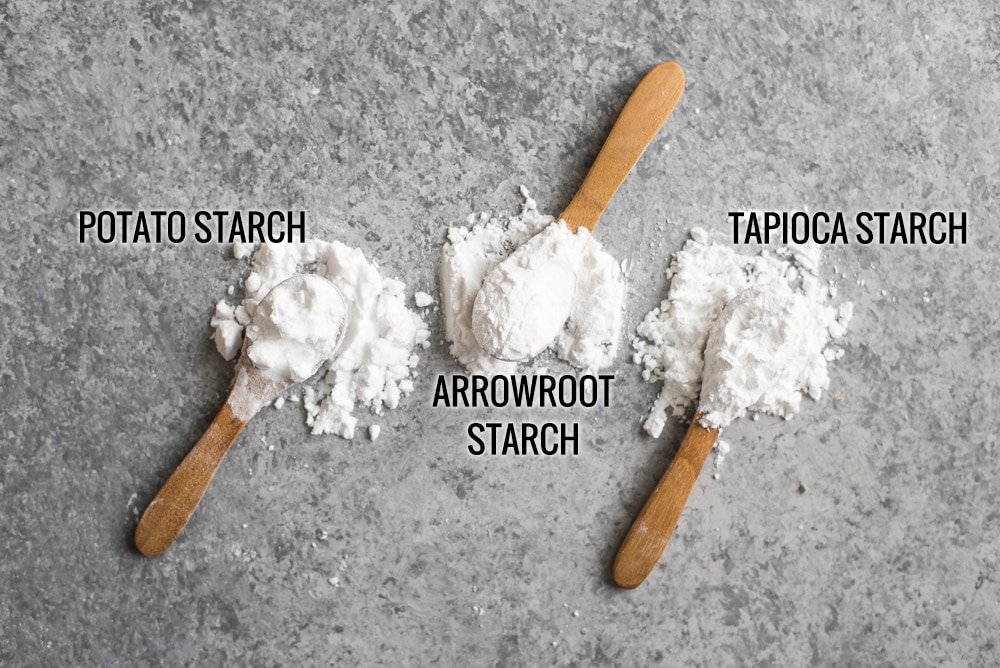 GF flours do not absorb moisture quite as well as wheat flour. That's why many recipes often include starches to help bind the flours, absorb moisture and develop structure. These starches can also be used to thicken pie filling, like berry pies or savory pot pies.

To help GF dough bind together, some recipes call for a bit of xanthum or guar gum to operate as a glue for the dough. I have seen some recipes use chia flour for the same binding purposes but have not fully explored the use of it in my own baking.

Like I mentioned before, GF doughs tend not to absorb moisture as well as wheat flour, so they can be quite sticky. This becomes particularly problematic when you are trying to make recipes that require a lot of handling, such as pies or pastries.

For pie crusts, I recommend chilling the dough as much as possible. You don't want it completely frozen, or else it won't be pliable. But if you are working in a warm kitchen, be sure to chill the dough right up to the moment you roll out the dough. If you find that your pie crust constantly sticks to the rolling pin or a work surface, consider rolling out the crust between two large sheets of parchment paper.

Lisa Lin is the writer and photographer behind Healthy Nibbles & Bits, where she shares simple, healthy recipes. She grew up in San Francisco and spent time living in China and Washington, D.C. before moving back to California. Her recipes are often inspired by her time in China and travel throughout Southeast Asia.