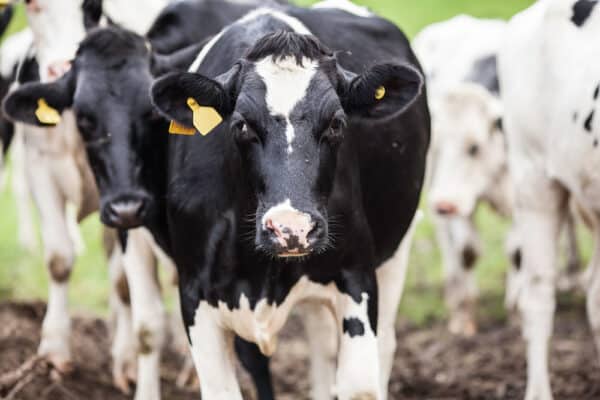 Sometimes it takes seeing or experiencing something for ourselves to fully realize its reality or urgency. While our daily lives may be quite limited on the first-hand experience factor, films, such as these best vegetarian documentaries, and other media can help pick up the slack. Documentaries provide a great way to observe and learn about even the most difficult subjects from the comforts of home. For vegans and vegetarians, such films have sometimes been life-changing—including such high profile viewers as Ellen DeGeneres and Russell Brand. We've compiled the best vegetarian documentaries. Some of them are free to watch in full, others not so much, and a few can be found with a lucky youtube search. For all of these best vegetarian documentaries, however, viewers should remember that scenes and images of animal suffering are highly possible and proceed with that awareness.

A must-see, Cowspiracy: The Sustainability Secret follows filmmaker Kip Andersen as he attempts to uncover the facts behind animal agriculture and its connection to climate destruction. Through a series of meetings with a variety of personalities, Kip reveals how our meat, dairy and seafood-laden diet is linked to massive levels of deforestation, pollution, species extinction, habitat loss and other environmental nightmares. Producer Leonardo DiCaprio's full documentary was released with a new cut of updated facts and figures exclusively on Netflix in September 2015. Check out some additional ways to view it and frequently asked questions here. Last, here's the trailer.

This one reportedly made a vegan out of Russell Brand. A plethora of study results and other verifiable information on the health benefits of a plant-based diet are compiled in this popular film. Follow the researchers on their quest to discover the diverse ways modern day illnesses can often be controlled or even reversed with veganism. Please enjoy the trailer here or the the "short version" of the film here.

A very difficult-to-watch, MUST-watch, documentary. Narrated by renowned actor and vegan activist Joaquin Phoenix, this is a controversial, thought-provoking compilation of scenes including the inside footage of farms revealing the way we kill animals. How do our human economic interests connect to worldwide power issues and animal suffering? You'll find out here. This is the one that changed Ellen DeGeneres from a vegetarian to a vegan.

The work of Dr. T. Colin Campbell (of Forks Over Knives and The China Study), this documentary highlights how much-needed information on the science-based healing effects of a plant-based diet often clashes with the interests of high-powered lobbyists who ultimately prevent it from reaching consumers. The film's website explains that it also "explores the topical issues of the small family farmer, food deserts, modern medicine and the challenges of getting plant-based nutrition included in the political process."  Enjoy the trailer here.

This documentary, presented by the Netherland Party for the Animals' Marianne Thieme, covers further connections between livestock production and climate change (building on others who've done similar, such as Cowspiracy above). Here's the trailer.

Also from Dr. T. Colin Campbell, Vegucated follows 3 devout New York meat and cheese-eaters while they agree to live for six weeks as vegans. As they work through the dietary alterations and learn about the rest of the picture of animal agriculture, you may be surprised to see the final results.
These are the best vegetarian documentaries, but if you've watched these and want more, don't stop! A simple internet search pulls up many more including:
EATING YOU ALIVE
FOOD INC.
FAT, SICK AND NEARLY DEAD
FED UP
THE FUTURE OF FOOD
FARMAGEDDON
Although not specifically diet-related, these also cover vegan and animal welfare/environmental issues similar to some of the above:
THE COVE
BLACKFISH
RACING EXTINCTION
« Vegan Sweet Potato, Chickpea & Spinach Empanadas
Vegan Meal Plan | 01.30.17 »

Kristen lives in the Michiana area, where she enjoys lake-effect weather, apple orchards and occasional South Shore rides into Chicago. She can probably tell you more about apple cider vinegar than you'd ever want to know. You can connect with her here.