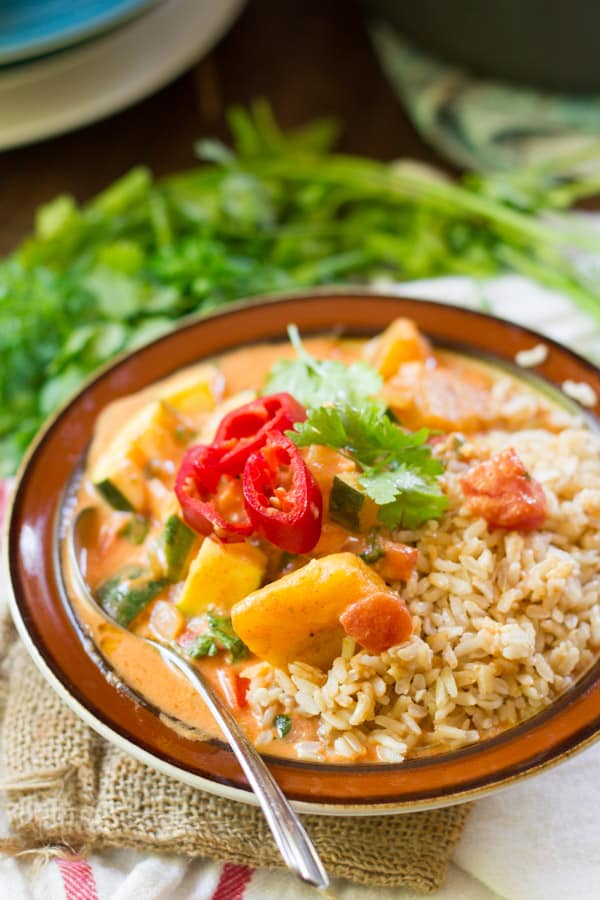 We’re just about hitting my favorite food time of year. Yes, I have a favorite food time of the year. On the one hand, September is when there’s lots of delicious summer produce available. We haven’t really hit fall temperatures yet, so I’m still all about summery flavors too. On the other hand, summer is winding down. Daylight is waning, things have cooled off just a tad, and I’m starting to get really excited about cooking. So I’ve pretty much got a best of both worlds kind of thing going on, food-wise.

This is a perfect example of an ideal September dish in my kitchen. It’s cozy, comforting, but still features summery ingredients and flavors.

In case you aren’t familiar, moqueca is a Brazilian stew, normally featuring fish in a coconut-lime base. The thing that’s nice about a coconut-lime base is that all kinds of stuff tastes good in it, so creating a meatless version didn’t seem like it would be all that difficult. With summer veggies still being abundant, I opted to go with zucchini and bell peppers, and that’s what I did for my initial take on the dish. There was still something missing though. I needed some bulk and a predominant flavor. That’s where plantains came in. 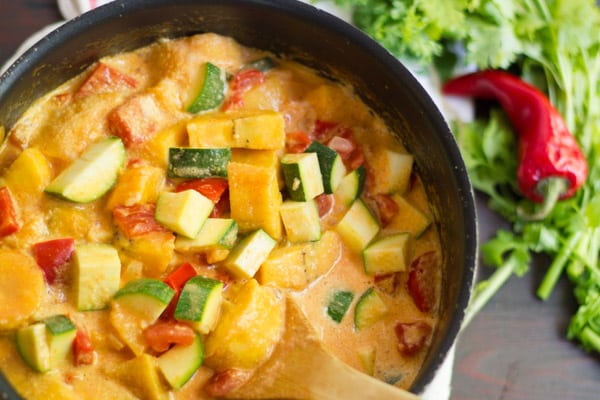 You’ll actually find plantains in some authentic versions of moqueca, so it’s nice to know that my vegan version isn’t too much of a stretch. The plantains added just the right amount of sweetness to counterbalance the zip from the lime juice. Look for plantains that are yellow with some brown spots – this means they’re ripe. If you’ve never cooked with plantains before, this is a great dish to try out, because all you have to do is peel, chop and throw them in. 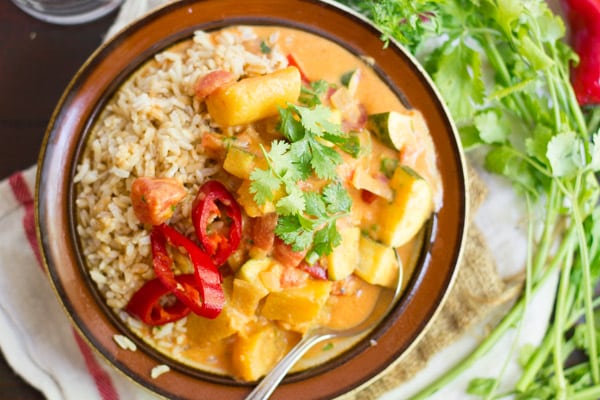 If you’d like more control over the heat level, skip the hot peppers and use hot sauce to taste. If you’ve got a bunch of fresh tomatoes from your garden, feel free to sub them for the canned ones. You’ll want to peel, seed and dice them. Use about 1 ¾ cups.