If you’ve ever ordered Thai iced tea while dining out, a few things probably occurred to you. First off, you probably noticed that it tastes more like a dessert than a simple dinner-accompanying beverage. Secondly, you were probably floored at the drink’s deliciousness and wished you could make it at home, all the while figuring you couldn’t make it at home because it’s full of exotic Thai secrets that you could never access. Thirdly, and this goes along with my point under “secondly,” you probably noticed that it was orange, attributing that fact to all those exotic Thai secrets.

Today I’m here to unlock the mystery of Thai tea for you. That, and to give you a recipe for a killer summertime sweet. 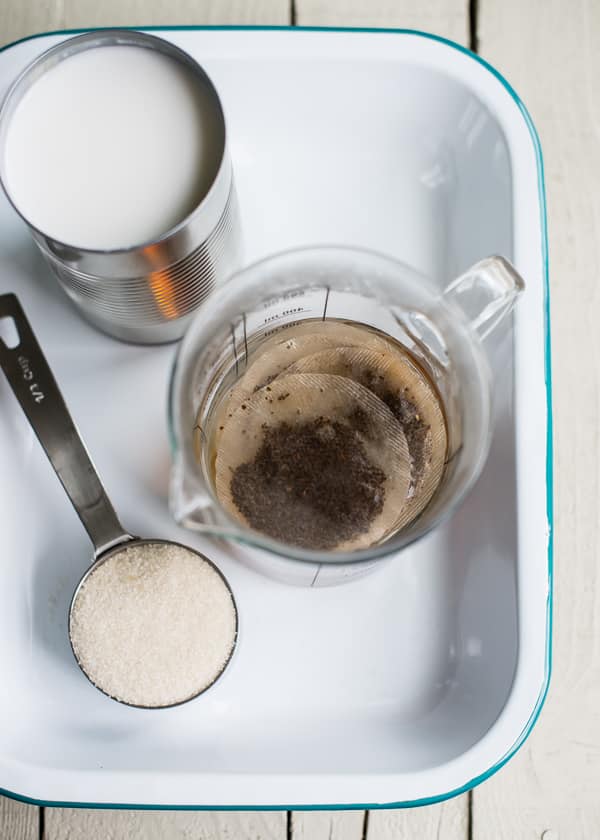 So, what exactly is it that gives Thai tea its distinct flavor? Well, there’s the tea for starters. It’s strong, so that’s one thing. Notice this recipe calls for eight tea bags in six pops. I wouldn’t recommend giving these treats to your kids, unless you’re into flying kids. Then there’s the tea itself, which is black tea of the Ceylon variety. Using Ceylon does seem to add a slight distinctness to the flavor (I tested this), but regular black tea works as well. There’s also loads of sugar (higher flying kids?), and in conventional Thai tea, condensed milk. That’s it!

“Then why is it orange?” you ask. As it turns out, most restaurants add orange food coloring to their Thai tea. I was a little disappointed to find out that it wasn’t exotic Thai magic. So these Thai Iced Tea Pops are not orange. They also contain coconut milk in place of condensed dairy milk, so they’re vegan! The coconut milk content is also a bit higher than it might be in Thai tea you drink, because they're dessert. They are also incredibly delicious, which is why I’ve been eating them like crazy and have been flying Alissa for the last week or so. Thank you Thailand. It’s been a VERY productive week. 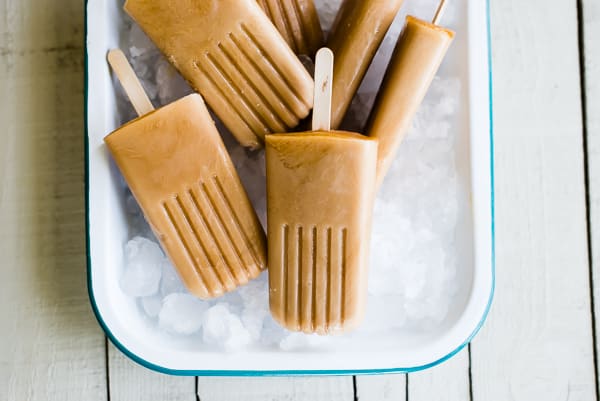 The refrigeration step helps prevent separation during freezing. Coconut milk typically separates into cream and water during chilling. By refrigerating and then stirring the mixture before freezing, you're essentially shortening the freeze time of the mixture, and in turn its opportunity to separate before freezing solid. Also, the number of servings here assumes you're using a ½ cup mold. This will obviously vary if your molds are bigger or smaller.