One of my tricks for getting dinner on the table on a weeknight is to take whatever little bits of this and that are in the fridge, smash them together in a pan, and put an egg on it. Somehow an egg turns a whole lot of nonsense into a seemingly legit dinner. I don't claim to understand it, but it's a real thing.

I've been known to put eggs on some pretty strange things (out of dire necessity and hunger, of course), but potatoes and eggs are one dynamic duo that I know I can always turn to when I'm in a weekday cooking rut. Potatoes may technically be a vegetable, but I consider them as more of a pantry staple since it takes forever for them to go bad. They're also pretty stellar at taking on any flavors you pair them with, so no matter what you're craving or what else you have in your fridge, they're almost sure to fit in. 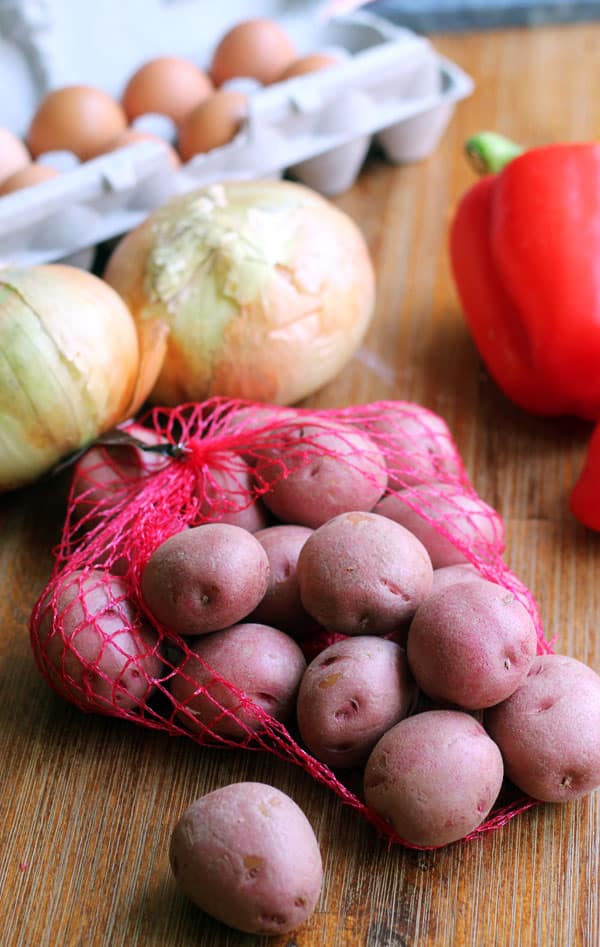 Potatoes and eggs alone can be boring, so here we've spiced them up with some Spanish flair! Many Spanish dishes use chorizo to bring the heat, flavor and protein. Thankfully, there are a lot of vegetarian alternatives to this spicy sausage, so we don't have to miss out. I'm partial to the Field Roast version, but there are a ton of options out there, so just go with what you like! A few links of veggie chorizo, plus some smoked paprika for added umami, and you definitely will not miss the meat.

One of my major gripes about hashes like this is that it takes forever for the potatoes to cook. Here, we've solved that by steaming the potatoes while the veggies and sausage sauté. Not only does this save time, but it allows everything to cook more evenly. Once the peppers and onions are done cooking, all there is left to do is throw the potatoes in that already-hot pan to get a good sear on them, which really takes no time at all. And then, of course, you have to put an egg on it...the meal just wouldn't feel complete without it. 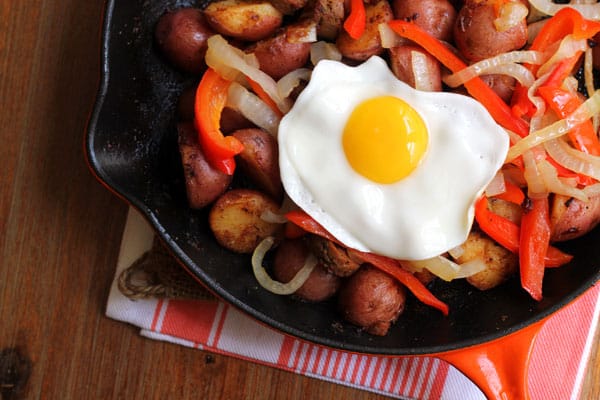 Adapted from BBC Good Food. I used Field Roast Mexican Chipotle Sausage Links for this, but pretty much any spicy vegetarian sausage will do!