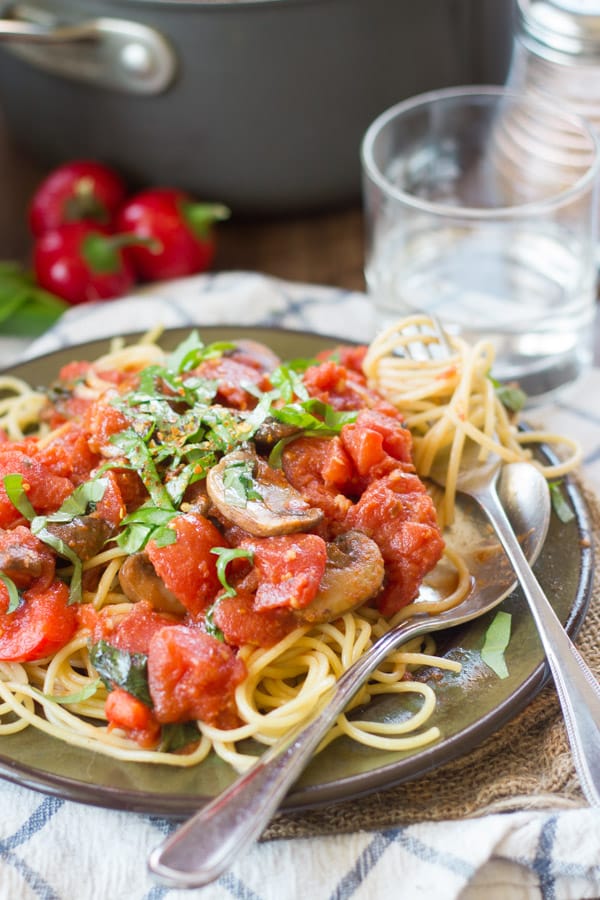 I ate lots and lots of Italian pasta dishes growing up, but pasta all’arrabiata is something I never got to try until my twenties, when it was a menu items at a restaurant I waited tables at. Arrabbiata translates to something along the lines of "angry" sauce, or at least that’s what I was instructed to tell customers who asked about the dish. Nowadays, after having tried it myself and cooked up a version in my own kitchen, I’m not sure I buy that. Super garlicky, fiery hot pasta dinner that cooks up in about a half hour? Sounds like happy sauce to me!

Traditional versions of the dish involve tomatoes along with the above mentioned spiciness and garlic, but not much else. That’s still plenty to make me happy, but I always get the urge to throw extras in my pasta sauce, so in this case I added some bell peppers for a bit of sweetness and texture, along with hearty cremini mushrooms. This is the kind of sauce that you could really throw anything into, so if you’ve got something else hanging around the veggie bin, toss it in. 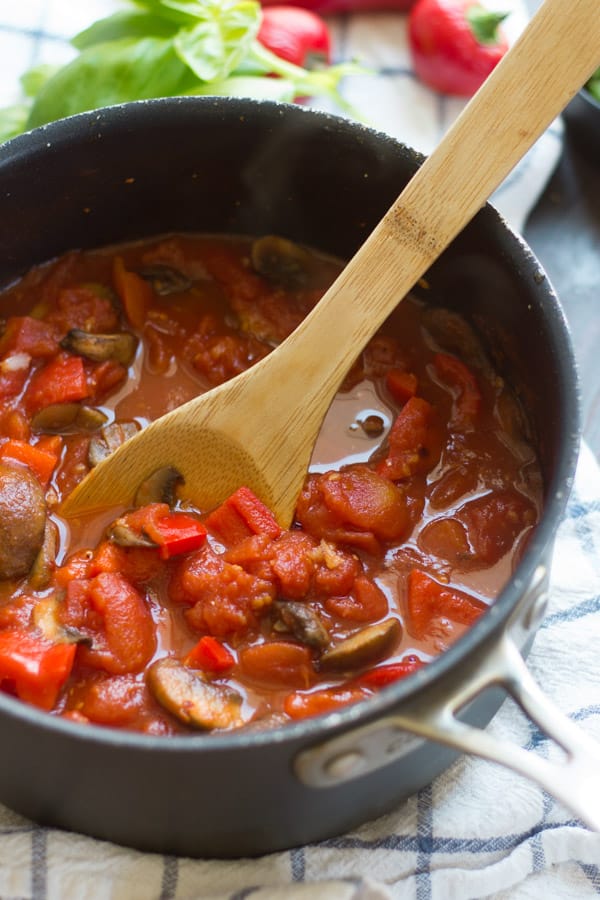 You’ve also got some options as far as the heat in this dish is concerned. Red pepper flakes are what you find in most traditional versions of arrabbiatta, and I’ve always got those on hand, so having them as an option was pretty much essential. But then I thought it would be nice to be able to use fresh peppers when they’re available, so I gave this a try with some fresh Fresno peppers and it worked great. You could get away with other types of red hot peppers too, or even use green (I don't think the pepper police will come after you.) Feel free also to adjust the heat level to your preference. A single pepper or one teaspoon of flakes will yield a sauce that’s just a bit kicky, while three or four will give you something quite angry, or happy, depending on how you look at it. 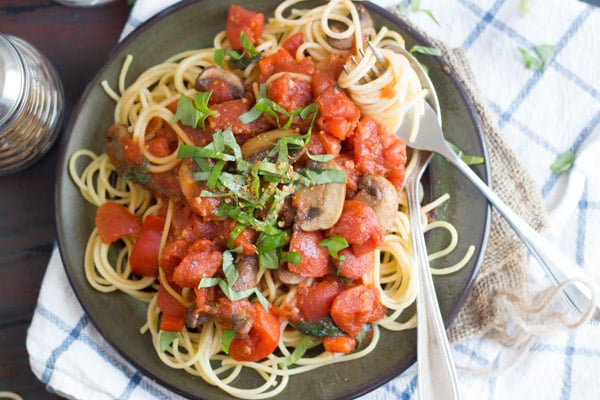 Fresno or cherry peppers are both great choices if you choose to use fresh hot peppers for this recipe, but most common varieties will work just as well. Just keep in mind that some are hotter than others, and adjust the amounts as needed. Feel free to swap out the mushrooms and bell pepper with your favorite veggies. Hard veggies like cauliflower and carrots can be added to the pot along with the tomatoes, while softer veggies like zucchini can go in about halfway through the simmer time. You'll need about 2 to 3 cups of whatever you use.