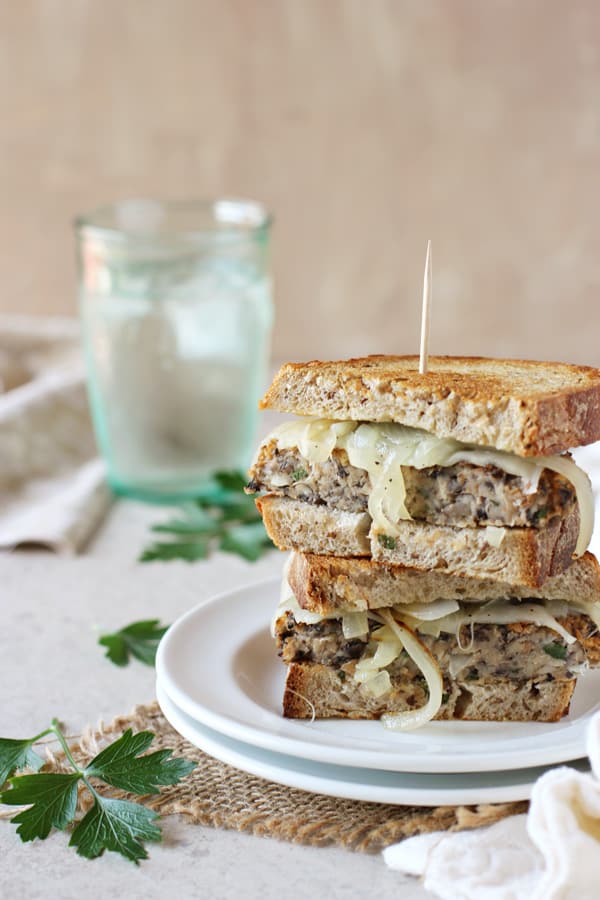 What do you get when you combine rye bread, a mushroom-packed veggie burger, slightly caramelized onions and swiss cheese? A fantastic meatless version of the classic patty melt sandwich that is hard not to love. Cooked up grilled cheese-style, this meal keeps finding its way to our dinner table time and time again.

While the recipe does take a bit of time, both the burgers and the onions can be made in advance and stored in separate containers in the refrigerator. When you are ready to eat, the sandwiches just need to be assembled and grilled up in a skillet, making for a quick and easy meal. 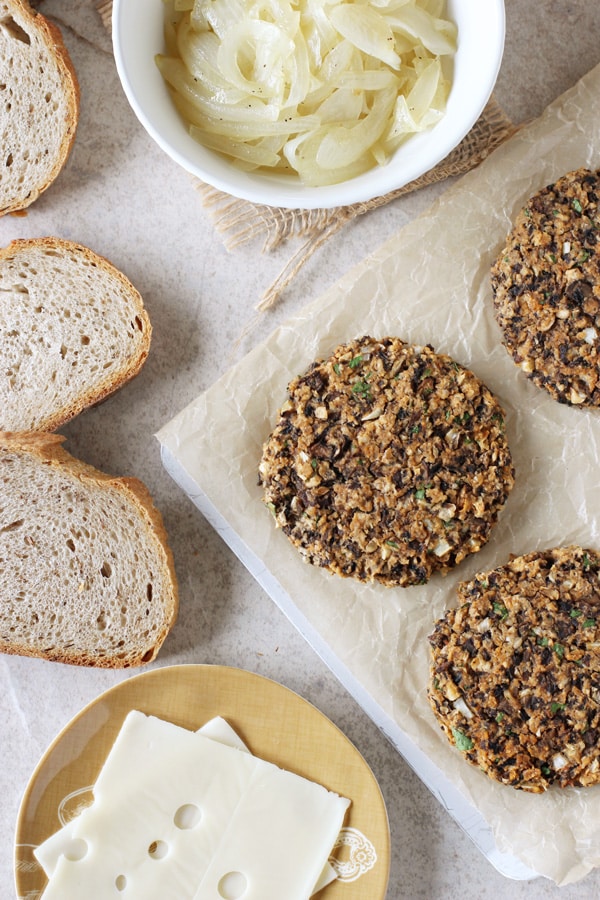 Traditionally, patty melts are made with beef hamburger patties, along with rye bread, swiss cheese and caramelized onions. In our meatless version, plenty of baby bella mushrooms are used in the vegetarian patty, to help give the burgers a sort of meaty texture. Both fresh and dry herbs, tomato paste and worcestershire (make sure to look for a vegetarian variety) are also added to the burger base, to really increase the savory flavors. Cannellini beans, an egg, bread crumbs and flour are added to the mix, which help give the burger a nice and sturdy texture.

The mixture for the patties will be on the wet side, but you should be able to pat it into large burgers on the baking sheet. If it seems overly wet, you can add in extra flour, about 1 tablespoon at a time, until it reaches a point where you can form it into the patties. However you want to avoid adding too much extra flour, as this could dry them out after baking in the oven. 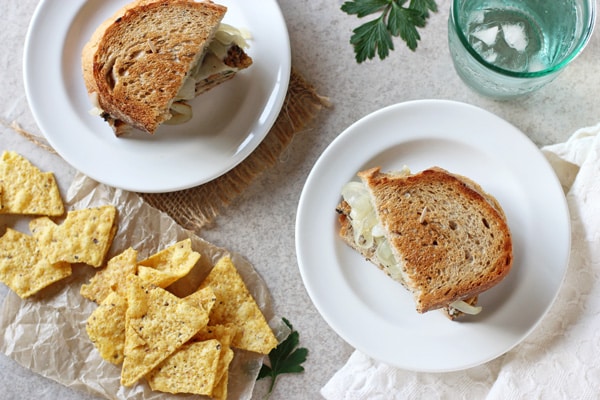 To make the burgers:

To make the onions:

To make the sandwiches: