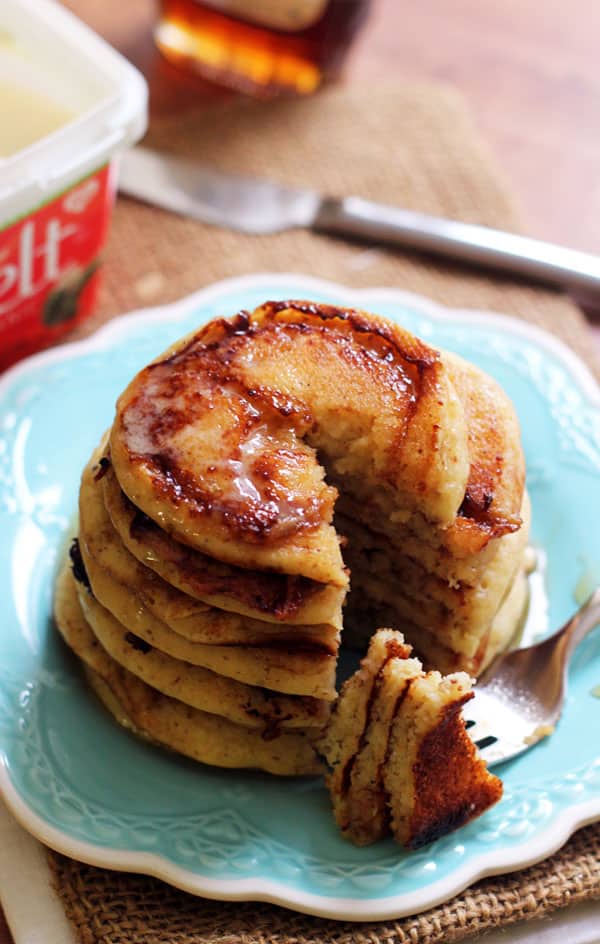 If I could have my way, every day would start with a "special breakfast."

Pancakes, French toast, waffles, the extra large cinnamon buns that you can only get from the mall food court - the kinds of things that take a little bit too much time to make on a weekday, and are a little bit too indulgent for every day eating, but that never fail to make the morning infinitely better.

Unfortunately it's a little bit unrealistic to expect to have a breakfast buffet at your fingertips on a daily basis (though, a girl can dream), so I try to make sure to plan at least one fun breakfast or brunch every weekend. It's a great opportunity to slow down in the morning and, most importantly, it never fails to be delicious.

I very frequently go all out with these meals, throwing nutritional value to the wind, but sometimes I want to make something that tastes indulgent, but also packs a more healthful punch. Such was the case this past weekend when my mind was craving cinnamon rolls and pancakes, but my body wanted something a little bit more "everything in moderation." 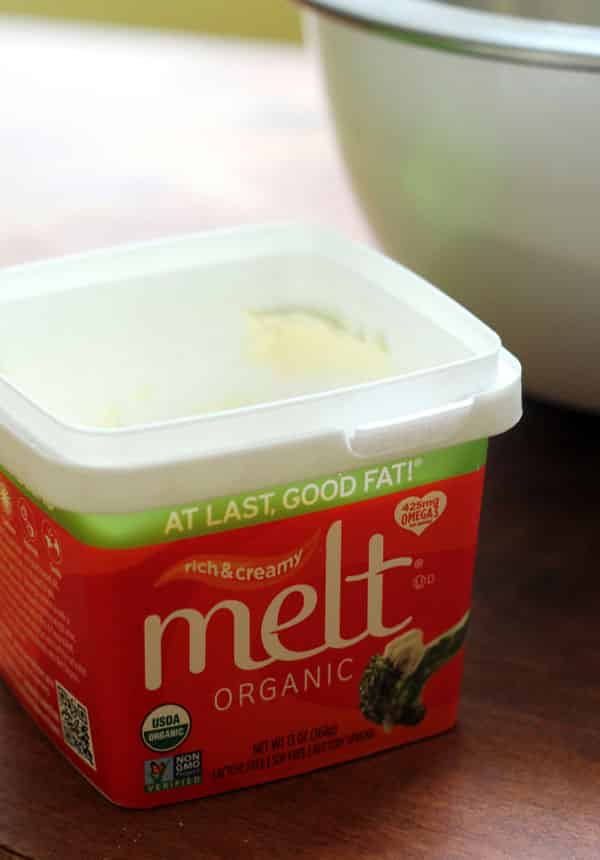 My solution? Vegan Cinnamon Swirl Pancakes. Think diner-style pancakes made even more delicious with a cinnamon bun flair! Made with einkorn or spelt flour, these are big in the whole grain department, providing you with more fiber so that you'll stay fuller, longer. A ground flaxseed and water mixture (otherwise known as a "flax egg"), is what gives them their fluff, along with a hefty amount of omega-3's and even more fiber. Then, because pancakes just aren't the same without that characteristic buttery flavor, I turned to Melt Organic Spread for the cinnamon swirl. Made up of a mixture of coconut oil, flaxseed oil, hi-oleic sunflower oil, palm fruit oil, and canola oil, it is a rich source of the good fats we're always being told we should eat more of, yet still imparts that creamy butter flavor that we all know and love.

Melt cooks, bakes, and melts just like butter, but with half the saturated fat, and fewer calories, so it is a great substitute for butter that doesn't require you to sacrifice flavor. Melt comes in three flavors - Rich & Creamy, Honey, and Chocolate. The Rich & Creamy flavor, which we used in these pancakes, is vegan, while the Honey and Chocolate are not, so keep that in mind if you have any dietary restrictions or are cooking for someone who does! Check out the Melt store locator to find out where you can find Melt near you! 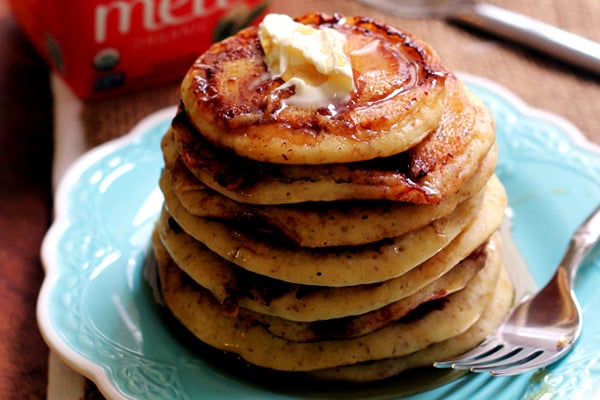 For the cinnamon swirl

MELT® Organic is a line of luscious, organic spreads made from healthy oils for butter lovers seeking a much healthier alternative, available in Rich & Creamy (original), Honey, and NEW Chocolate.

This is a sponsored conversation written by me on behalf of MELT Organic. The opinions and text are all mine.

« We Tried It! Cuisinart Griddler Elite
Artichoke, Kale & Mozzarella Melt from Superfoods at Every Meal »