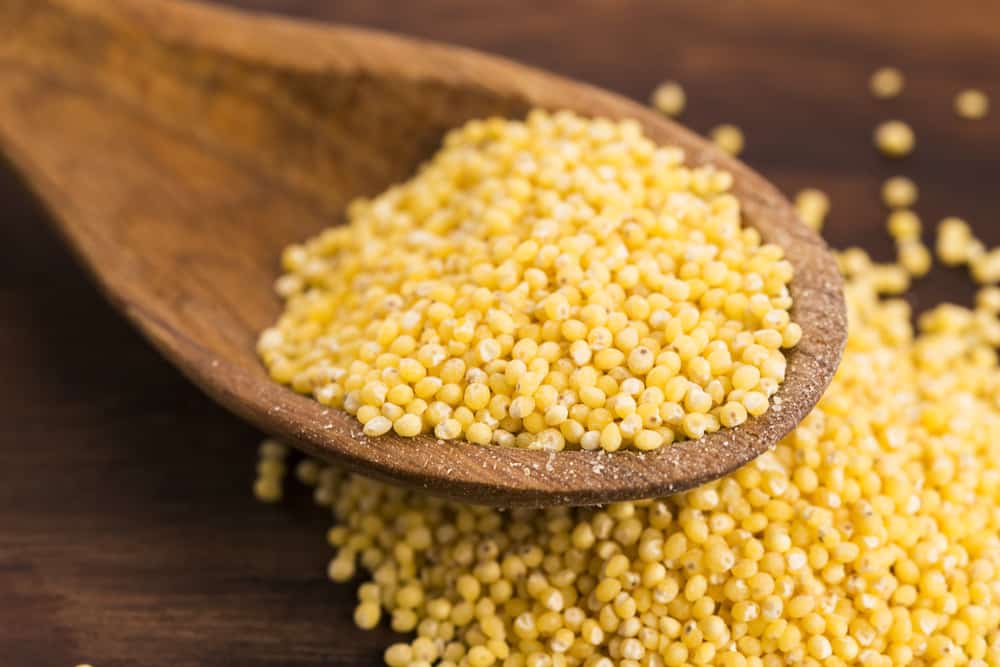 Sometimes I feel like every time I turn around there's a New Hot Sexy Grain that's gracing the menu of every restaurant within a 10 block radius of my apartment, front and center on the cover pages of all my favorite food magazines, and lining every shelf of my local grocery store. First there was quinoa, followed by wheat berries, then farro....and I'm sure a few others that I've missed because WHO CAN KEEP UP?! Well, I guess I'm just as bad as everyone else because here I am today to tell you all about millet! It might not be new to the grain scene, but it's definitely one of the less familiar grains out there so I figure we could all use a little update on what it is and how we can get it onto our breakfast, lunch, and dinner menus.

Millets are a group of small-seeded grasses that have been widely grown around the world as cereal crops or grains. They are native to Asia and Africa, where they have been eaten pretty much since the time of ancient civilizations. Packing more nutritional punch than other cereal grains such as rice and wheat, millet is gluten-free and rich in dietary fiber, iron, calcium, and B vitamins. It is tiny in size, much like quinoa, and can be white, gray, yellow, or red.

Honestly, it's kind of hard to describe the way that millet tastes since, like other grains, it pretty much takes on a lot of the flavor of whatever you serve it with. However, I tend to think of it as a cross between the texture of couscous and the flavor of quinoa, with a bit more of a nuttiness to it.

How do you store it?

Millet should be stored as you would other grains, in an airtight container that is kept as free of moisture as possible. It should keep for several months stored like this, though you can always store it in the freezer if you want to further extend its shelf-life.

How do you eat it?

Like all grains, millet should be rinsed thoroughly prior to cooking. It can be prepared similarly as you would quinoa or rice, mixing one part millet with two and a half parts boiling water or broth. Then simmer for 15-20 minutes, or until soft and fluffy. From here, there really is no end to what you can do with it! Frequently, I simmer it with vegetable broth and serve it as an alternative to rice with stir fries, stews, or ragouts. It can also make for a great breakfast porridge if you add a bit of milk, cinnamon, and brown sugar to it in the last few minutes of cooking and top it with fresh fruit, nuts, and granola. Or, you can leave it raw and bake it into muffins or sandwich breads for a crunchy whole grain twist!

Here are some recipe ideas for how to use millet in your cooking:

Sweet Potato and Millet Falafel from Oh My Veggies

Whole Grain Flax and Millet Baguettes from Veggie and the Beast

Roasted Broccoli and Cheddar Millet Bake from A Couple Cooks