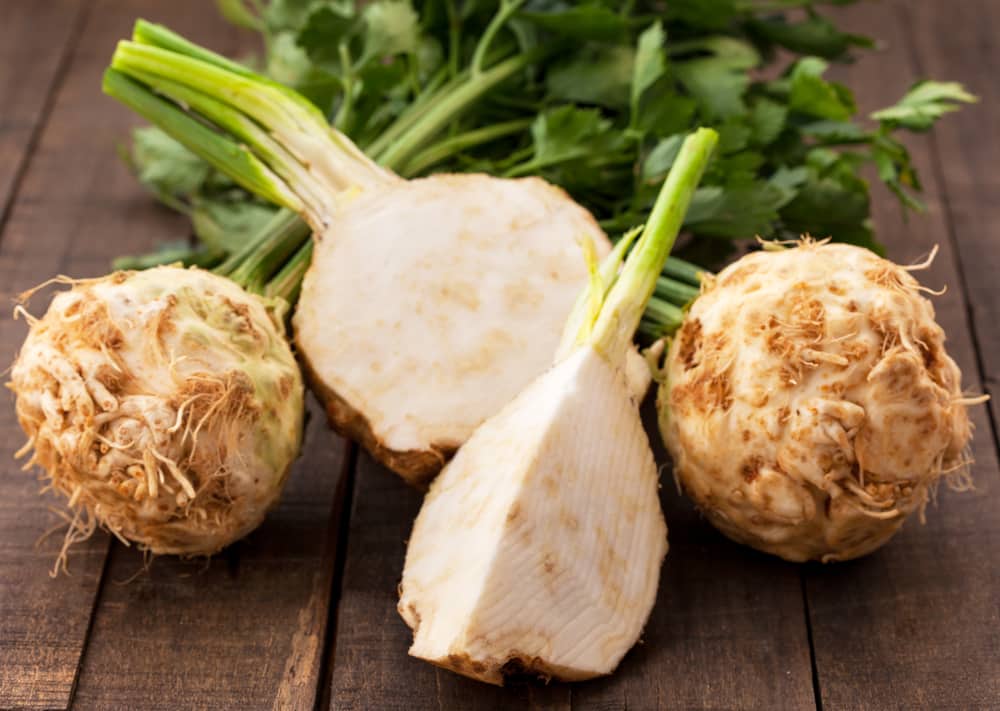 As far as vegetables go, celery root would most certainly be the ugly duckling of the root vegetable pond - and let's be honest, that's not exactly a group of lookers to begin with. However, underneath it's gnarled and menacing exterior, lies a crisp, slightly sweet alternative to winter's roots and starches.

Celeriac or celery root is variety of celery that is grown for its edible roots and shoots. While the shoots can be eaten as you would regular celery, the bulbous part underneath is more starchy, like a cross between a potato, a turnip, and a rutabaga.

I've heard celery root's flavor described a lot of ways by a lot of different people, but to me it tastes like celery that has been blended with parsley, plus a hint of sweetness.

How do you store it?

At the grocery store, choose celeriac that is firm and heavy for its size. Make sure it doesn't have any soft spots or a lot of small roots growing from the bottom. After you bring it home, store it in your crisper drawer until you are ready to use it! Celery root generally lasts up to a week in the fridge, if not more.

How do you eat it?

When preparing celery root to eat, the first thing you want to do is remove the skin - not only is it not appetizing to look at, but it's not good for eating either. To do that, you can either try removing it with a peeler or cutting it off with a paring knife. The celeriac flesh will start to oxidize and darken almost as soon as it hits the air, so rub it with some lemon juice or throw diced up chunks of it into a bowl of water with a drop of vinegar if you want it to stay that gorgeous ivory hue.

Celeriac is a bit of a root vegetable anomaly in that it can be eaten raw or cooked. To enjoy it raw, you can grate it and toss it into salads for a winter produce version of coleslaw. It can also be served steamed, roasted, sauteed, or fried and then prepared as you would a potato.

Here are some recipe ideas for how to use celeriac or celery root in your cooking:

Celeriac Roesti with Roasted Onions from Seitan is My Motor

Celeriac and Beet Salad with Lemon, Chili, and Mint from My Darling Lemon Thyme

Celeriac and Lentils with Hazelnut and Mint from Ottolenghi

Celery Root Mash with Dill Oil from A Cozy Kitchen