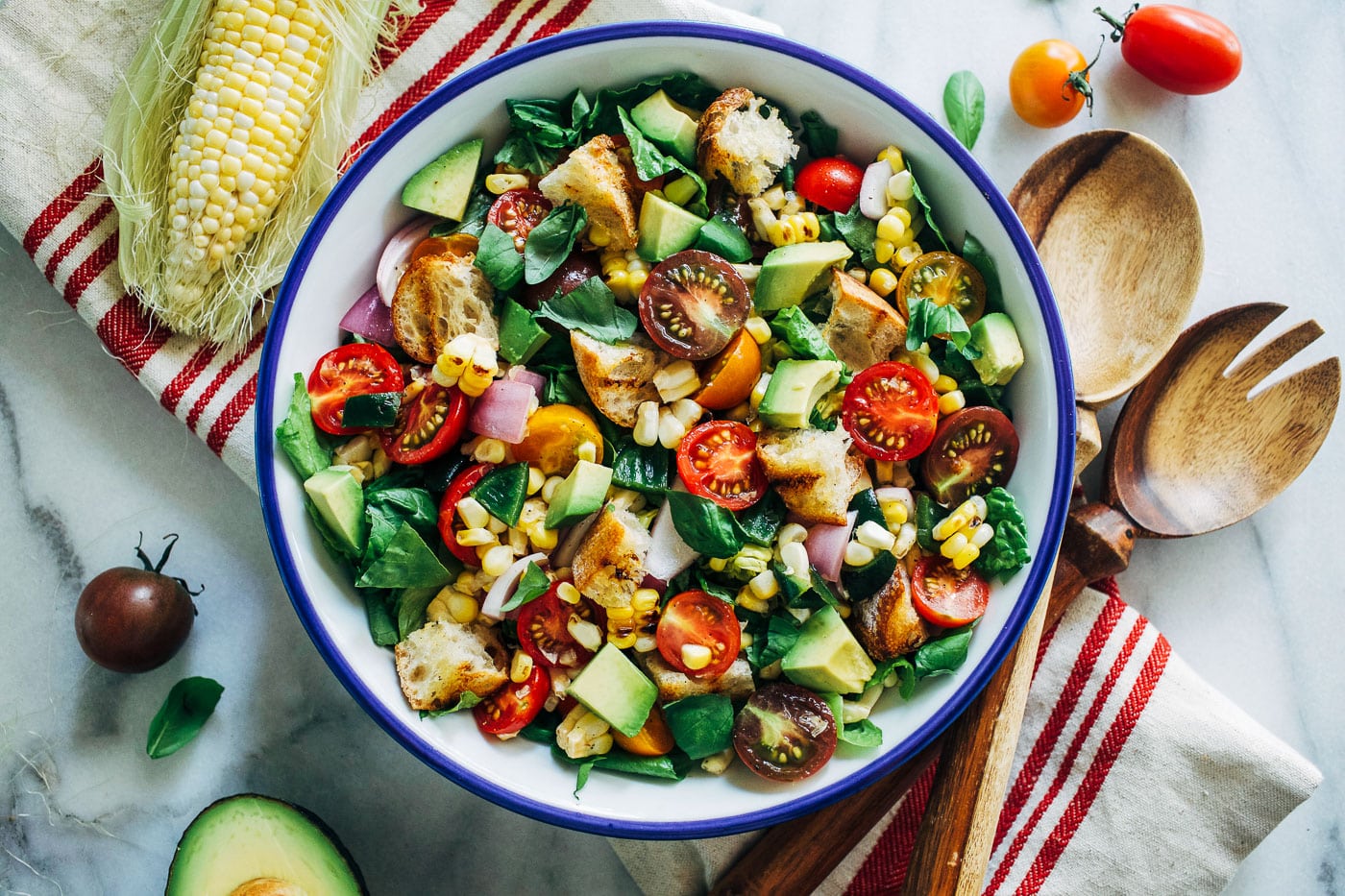 I have to admit that it took me a while to warm up to the idea of panzanella. Stale bread in a salad? It sounds weird. I get it.

But I'm usually of the mindset that I'll try anything at least once, as long as it doesn't have a face or a mom. Plus panzanella originates from Italy and I think they've got the food thing figured out. So I finally caved in to all of this Tuscan summery bread salad business and let me just say, I feel like I've been missing out for a long time.

The grilled bread absorbs the dressing, making it like a crunchy crouton that pops with flavor. I think I was hesitant at first because I was worried that it might be mushy, but as long as you take the time to properly dehydrate it (by grilling or baking in the oven) then it's able to sustain a firmer texture.

The beauty of panzanella is that it's an incredibly versatile dish, allowing you to substitute whatever produce you might have on hand. I've found my favorite combination to be what I consider some of summer's best produce: fresh corn with juicy tomatoes and poblano peppers.

Throwing the corn and poblano pepper on the grill is an easy way to cook them and also maximize their flavor. If you don't have a grill, you can also cook them on a grill pan on the stove.

In addition to the tomatoes, corn and pepper, we're using red onion, fresh basil and creamy avocado in the mix. Then all of that gets tossed in a simple dressing made from lemon juice, olive oil and white wine vinegar. The whole thing comes together super quick and is perfect to serve at a get together or as a light dinner on a warm summer evening.