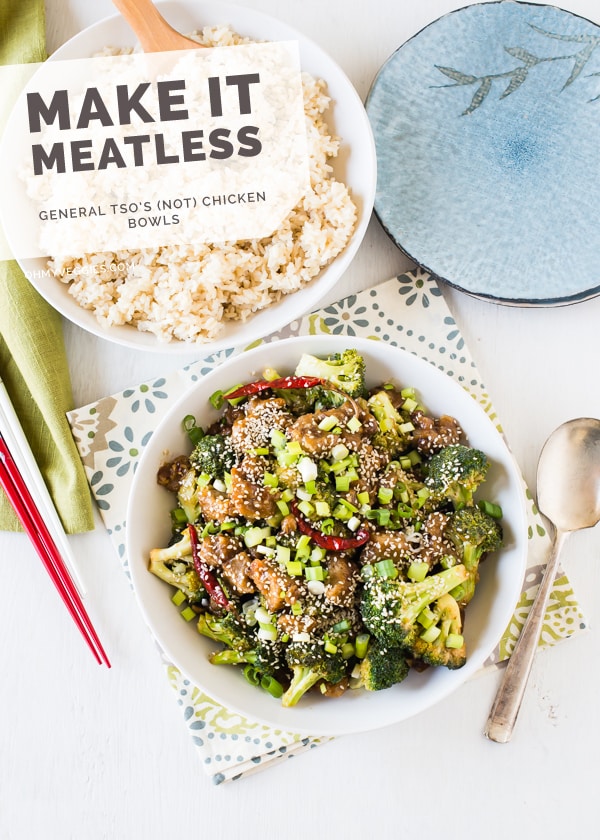 A fellow vegetarian friend introduced me to a fantastic breed of restaurant: vegetarian Chinese. If you live near a major city, there's probably at least one nearby. Basically, you walk into what appears to be any old Chinese restaurant, and order from a menu that looks just like any ordinary Chinese restaurant menu. The twist is that dishes include no indication of whether or not they are suitable for vegetarians, because everything is vegetarian. It can be a little freaky at first, ordering something you'd never order at a conventional Chinese restaurant, but you get used to it pretty quickly.

One of those staples of American Chinese cuisine not normally suitable for vegetarians is General Tso's Chicken. This simple dish consists of crunchy stir-fried broccoli alongside battered chicken, doused in a sweet-meets-salty soy-garlic-vinegar sauce. The vegetarian version I had at this restaurant, which is so good it made the friend who suggested it to me cry, is one I always suggest it for vegetarian-Chinese newbies--even omnivorous ones--and they love it every time. It features battered and deep-fried seitan in place of the chicken, and the whole thing is smothered in candy-sweet sauce.

Couldn’t be too tough to create something just as delicious as this veggie Chinese-restaurant favorite, I thought. (Fried + loaded with sugar usually results in some good-tasting food.) I wouldn't go so far as to call this version healthy, but it’s definitely better for you than most restaurant versions. My General Tso’s Veggie Bowl uses pan-fried seitan and a sweet—but not over-the-top sweet—sauce. You won't even miss the deep-frying or the extra sugar. This stuff is rich, scrumptious and will win over anyone you serve it to, vegetarian or not. Sorry in advance if it makes you cry. 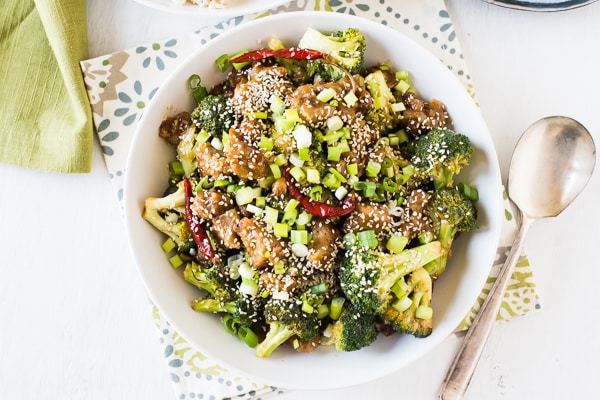 For the General Tso's sauce:

Believe it or not, this is a mild version of the dish. Increase the heat by doubling or even tripling the number of dried chilies, or adding a bit of Asian chili paste.
Craving more veg-friendly recipes? Shop our collection of vegetarian and vegan cookbooks!
Previous Post: « Meal Plan: Spanish Eggs and Chorizo, Thai-Style Vegan Nachos & More
Next Post: Make & Freeze Slow Cooker Veggie Tortilla Soup »