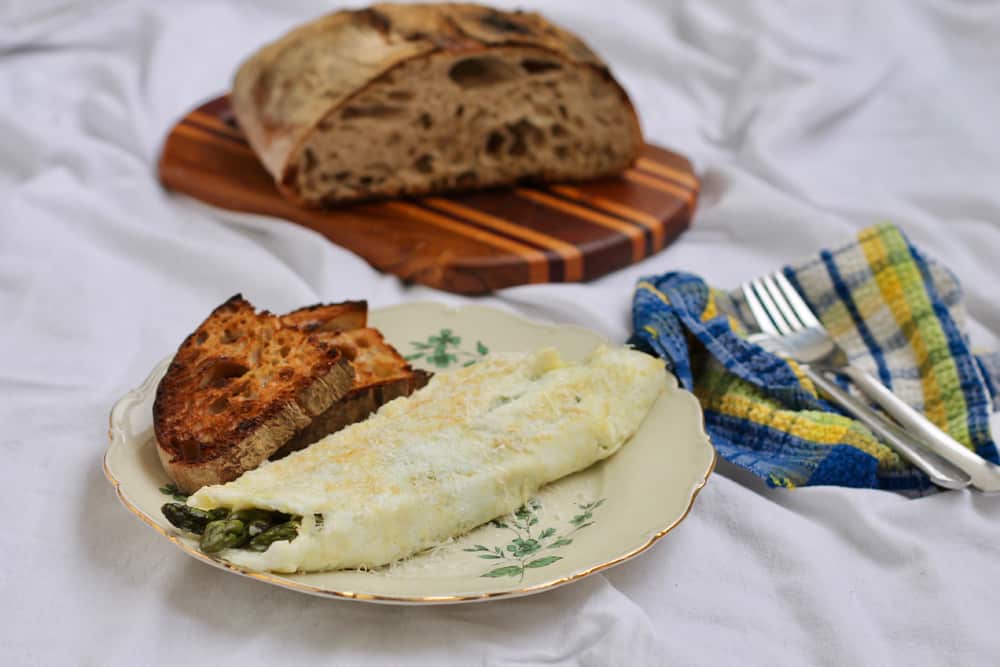 Does the idea of an egg white omelet make you cringe? It used to make me cringe. On a conceptual level, the idea of a flavourless, rubbery egg white omelet just seems so wrong. And the nutritionist in me hopes that we're past the fear mongering to do with cholesterol and fat content in egg yolks and wants to know whyyyyy people are making sad sorry egg white omelettes when you can have a perfectly delicious whole egg omelet any old time.

But here's the thing. I got an ice cream maker for my birthday, and suddenly I'm faced with a glut of leftover egg whites on the reg. And since there are only so many batches of meringues one can make before it starts to get a little old, I started to look for other options, and the egg white omelet was just so obvious. 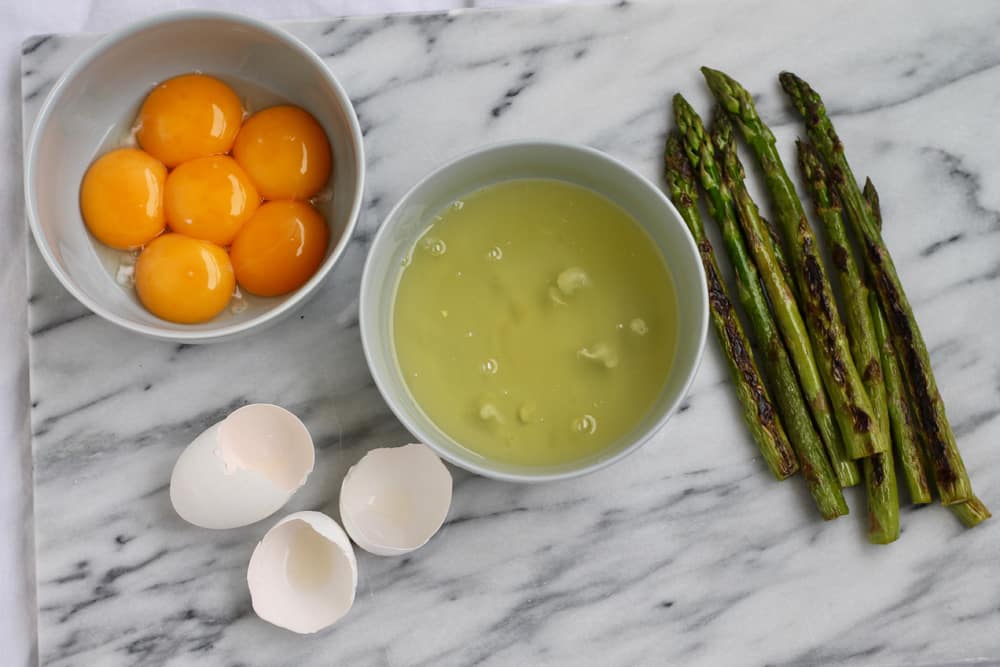 The game changer, the thing that took egg white omelettes from something eaten out of a sense of duty (I hate wasting food!) into something I actually looked forward to, was when I stumbled upon a new (to me) technique: you gotta strain your egg whites.

If you set a fine-mesh strainer over a bowl and pour in your egg whites you'll notice that about half of the egg white immediately drops through into the bowl below, and about half stays sitting on top of the strainer. This is a thicker, tougher protein that sits closest to the yolk. You'll need to get out a wooden spoon or a rubber spatula and actually work the egg white through the strainer by pushing it back and forth. And it's a bit of work! It takes a minute or two before you'll get it all through. But by doing this you'll have broken up those tough proteins, and the resulting omelet will be much smoother and fluffier than if you hadn't done it. 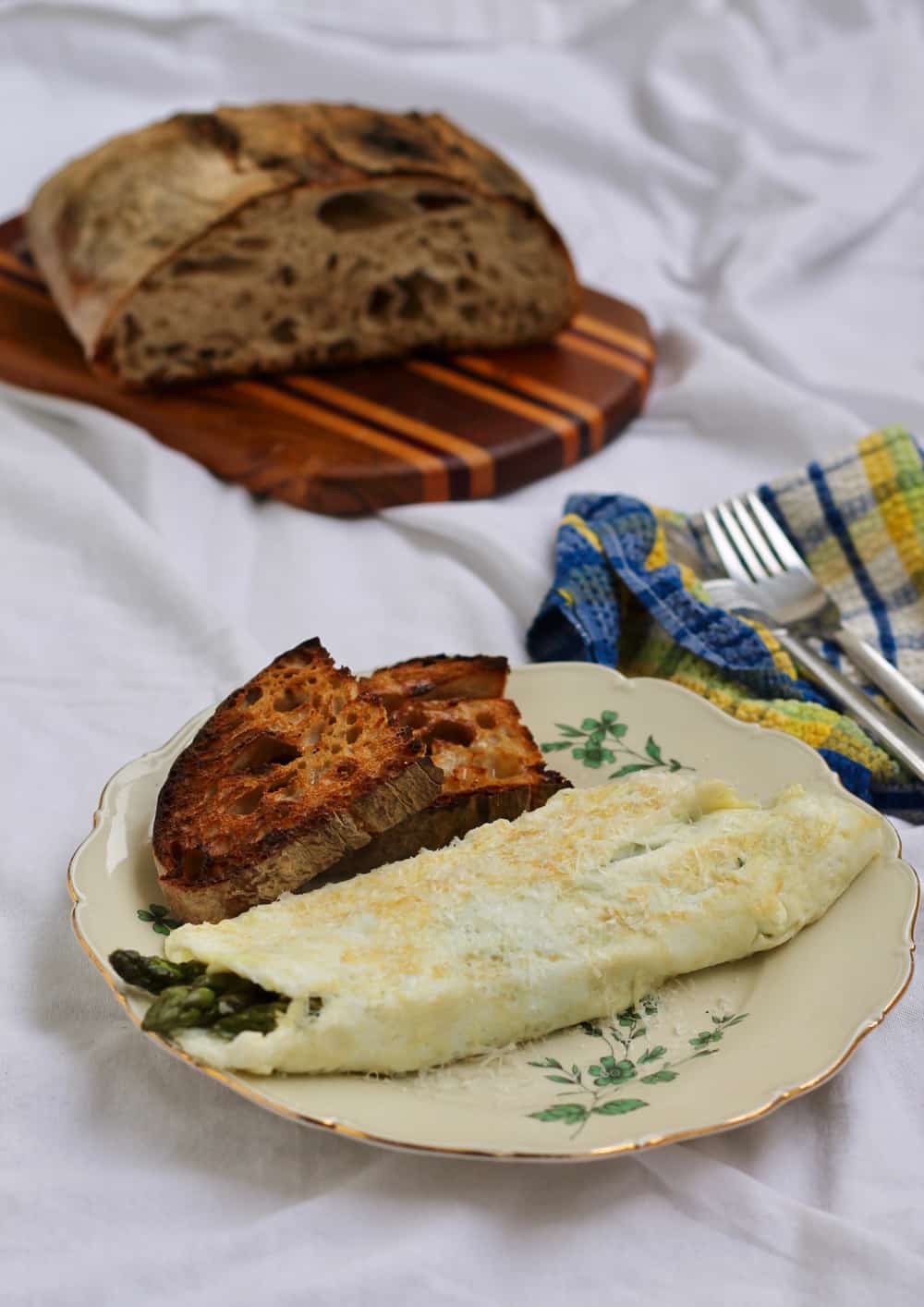 We're also adding a bit of fat back into the eggs in the form of olive oil (just a teaspoon or so) and some flavor from a strongly flavored cheese like Parmesan (look for a vegetarian version, they're out there). Once the omelet is just barely set it gets folded around some pan-seared asparagus, and finished with a bit more freshly grated Parmesan.

Whether you're eating egg white omelettes because you've got extra whites that need using, or if you're looking for a lighter breakfast, I recommend giving this technique a go. You'll never go without it again!

If you're starting with whole eggs reserve the yolks for ice cream making, custard, or homemade mayonnaise.