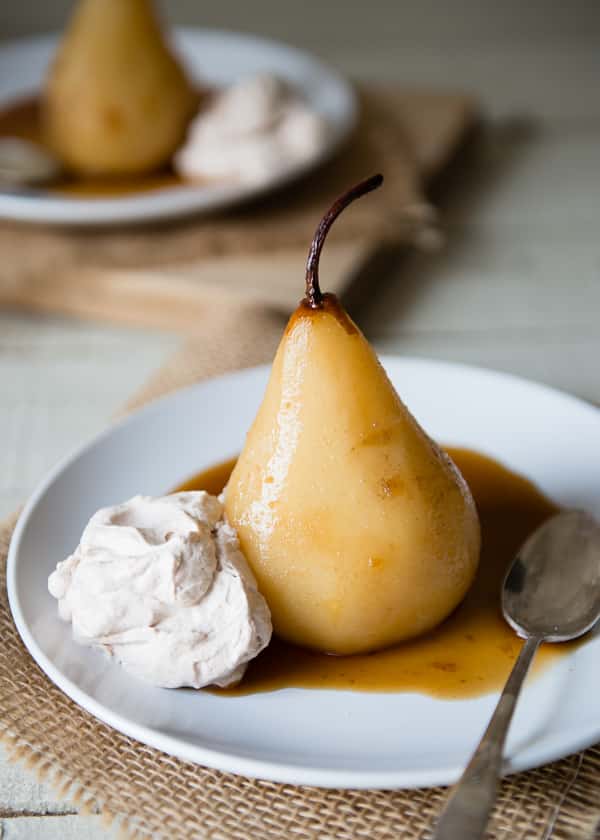 When it comes to fall fruit, pears always take a backseat to apples in terms of popularity. Whenever I go grocery shopping this time of year, I always pick up some Honeycrisp apples for myself, rarely giving the pears a second glance. But every time I do end up getting pears, I remember how much I love them and wonder why I don't buy them more often. Pears are delicious!

Usually when I have pears on hand, I eat them with some almond butter or a slice of good cheese, but once in a while, I'll poach them. Poached pears look fancy and complicated, but you're really just simmering the pears on the stovetop — easy! Wine is a common poaching liquid, but a simple mixture of water, honey, a split vanilla bean, and spices is my favorite method when I'm poaching a pear for myself. Nothing fancy! 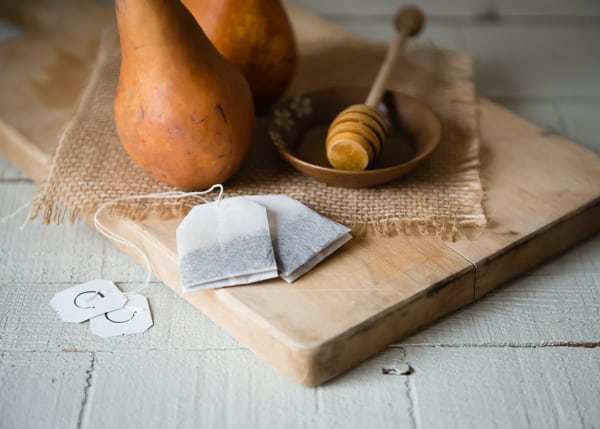 Another option for poaching your pears is using tea. And chai is my favorite because all the spices are already in the tea. These Chai Poached Pears take a little time to make, but that time is mostly hands-off—letting the pears gently simmer in the chai until they're tender and then letting the poaching liquid boil until thick and syrupy. They're a dessert that looks impressive, so they're perfect for serving to dinner guests (you'll want to double or triple the recipe, of course), but they're not so labor-intensive that you'd only make them for special occasions. So, basically, they're the best kind of dessert.

This January, we’re republishing updated recipes from Oh My Veggies’ first year. This post was originally published on March 6, 2011. 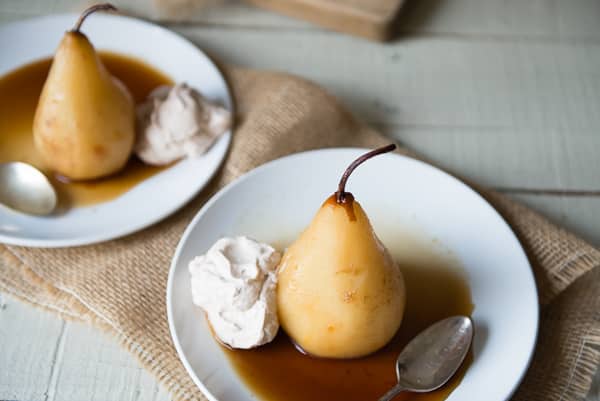