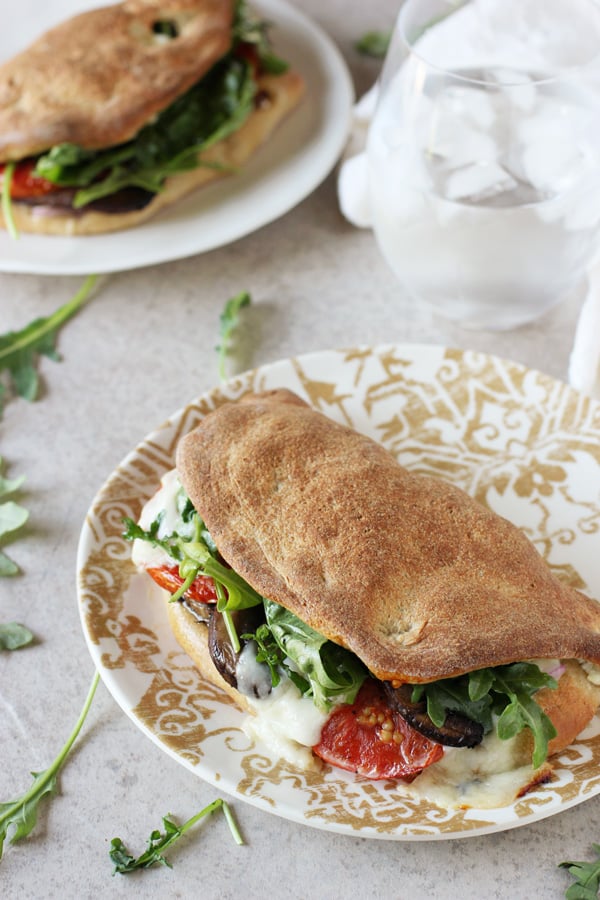 I am completely incapable of resisting roasted tomatoes. Cherry tomatoes, sliced whole tomatoes, I’ll happily eat either straight off the baking sheet like candy. This does tend to cause a slight problem when I am making them for use in a recipe. So I am proud to say that all the tomatoes I designated for this dish actually made it onto the sandwiches, which is a very good thing as they are one of the central components!

Roasted tomatoes, sautéed portabella mushrooms, sliced red onion, goat cheese and fresh mozzarella are layered onto rounds of shaped pizza dough. The dough is folded over the filling, like you would a calzone, but not sealed. The sandwiches bake up into golden pockets that make for a fun spin on your average pizza night. 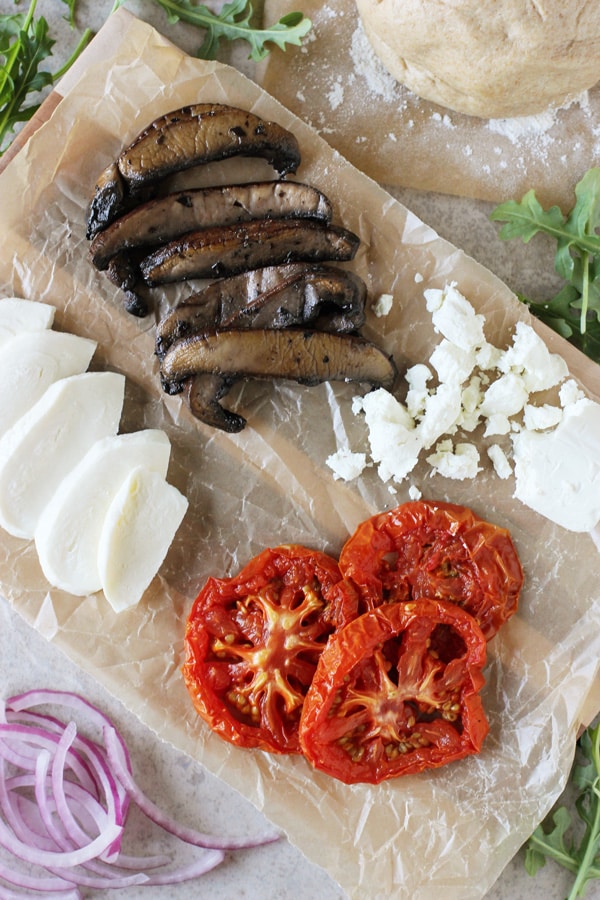 While roasting the tomatoes does take some time, this step can be done in advance so they are ready to go when needed. After the roasted tomatoes have cooled, line the bottom of an airtight container with a paper towel. Place the tomatoes on top in a single layer (repeating as needed based on the size of your container - paper towel, tomatoes, paper towel, tomatoes), cover and then place in the fridge. This process also helps to remove any excess moisture.

The mushrooms can also be sautéed in advance and stored in a separate container in the refrigerator. By doing both these steps ahead of time, the sandwiches come together quite quickly for a weeknight meal.

While I like these plain, I think it would also be fun to serve with some pizza sauce on the side for dipping. And if you like a little kick, you could even add in some red pepper flakes, stirred into the sauce or sprinkled straight on the sandwiches! 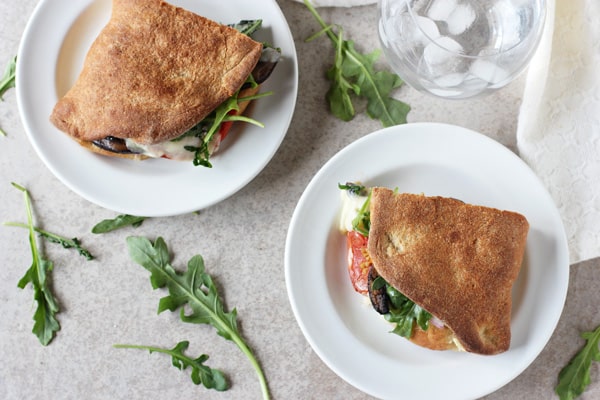