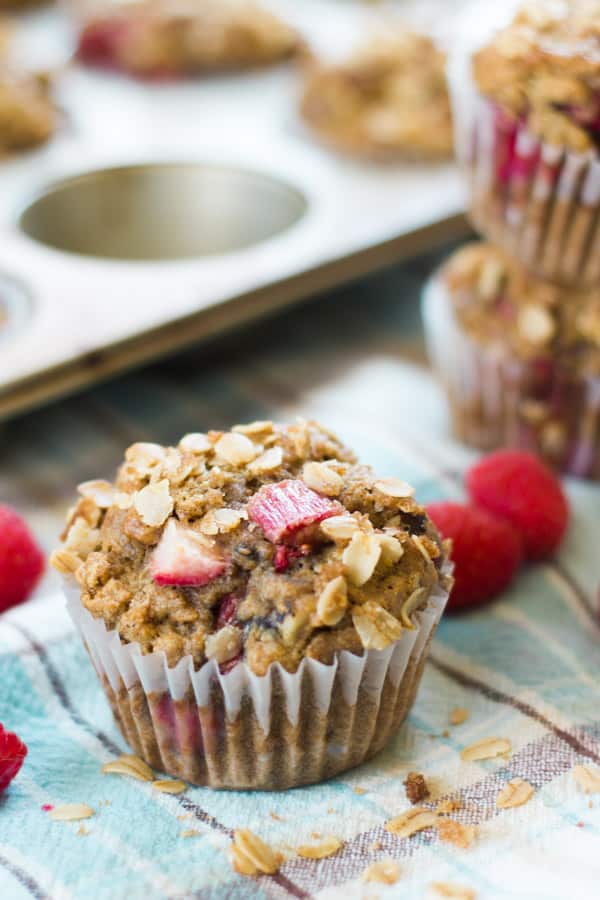 At some point, when I was a kid, my mom announced that instead of making her usual berry crisp, she’d be making a rhubarb berry crisp. I was not into that idea. I was generally okay with veggies and all, but veggies in my dessert? Nope. And in particular, weird veggies that I’d never had before? No way.

The crisp turned out to be delicious. It looked just like her regular old crisp that I loved so much, with rhubarb having the same brilliant red color as the berries, but the filling was just a wee bit on the tart side. Turns out rhubarb’s tart flavor is the perfect complement for berries. Rhubarb is also in season from late spring to early summer, which coincides nicely with peak berry season too, so it’s pretty much begging to be added to berry-packed pies, jams and in this case, muffins. I went with muffins because the rhubarb stands out a bit more, instead of blending in like with that crisp I tried way back when. Also, I just like a lot of stuff in my muffins, and between the tangy rhubarb, sweet raspberries and crunchy walnuts, these muffins have a lot of stuff going on in terms of flavor and texture. 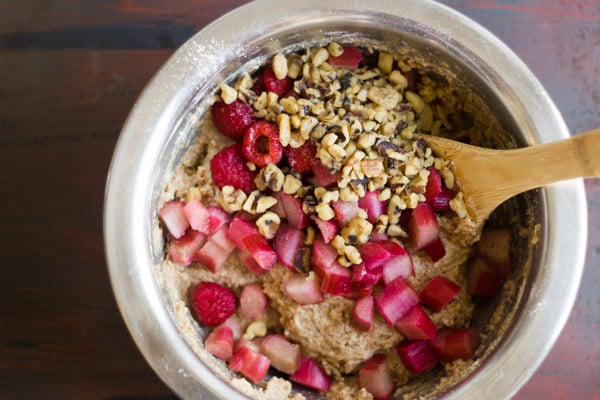 Depending on where you’re located, you should start seeing rhubarb at stores and farmers’ markets some point over the next few weeks. I decided to bake these up a bit early in the season this year, but was pleased to find that frozen rhubarb is pretty readily available, so I can make these muffins year round if I want. Score! I also went with spelt flour, which is my favorite baking flour as of late. You can use all-purpose if you prefer, but if you’re up for trying these with spelt, you can expect a slightly nuttier flavor and a more delicate, crumbly texture, in addition to the golden coloring you see in the photos. 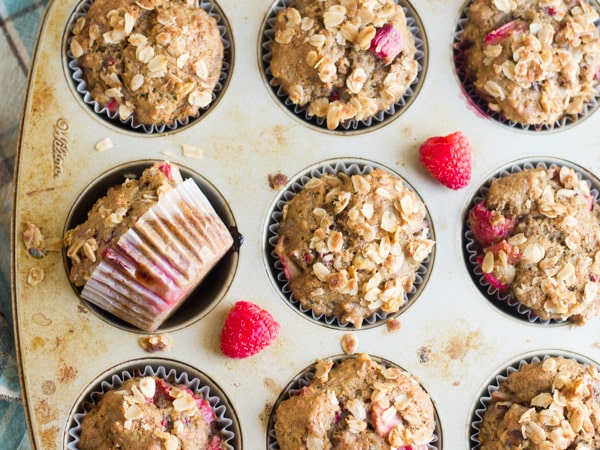 For the raspberry rhubarb muffins: