There's nothing like cold weather to make us crave a warm and hearty bowl of pasta. Did you know most pastas contain eggs and/or milk? Explore Cuisine's bean pastas are not only packed with fiber and iron, but they're also vegan and gluten free! If getting enough protein as a vegan or vegetarian is a concern for you, then these organic, non-GMO bean pastas are just what you need. Each pasta has 20-25g of protein for every 2oz.

If the health benefits aren't enough to convince you that Explore Cuisine's bean pastas deserve a place in your life, then perhaps this delicious Edamame Spaghetti with Kale Cilantro Pesto recipe by Explore Cuisine will have you convinced. 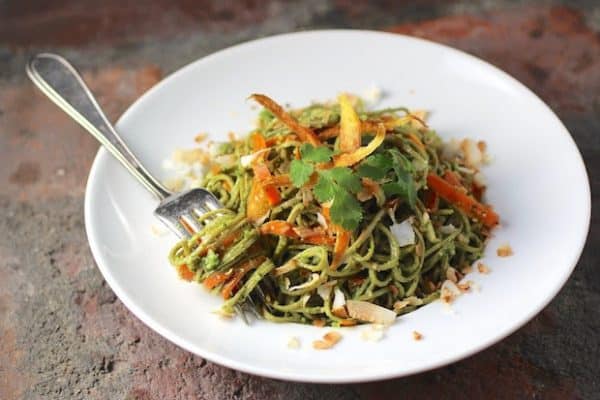 You can fine more Explore Cuisine recipes here, and be sure to check out their other types of bean pastas.