Recipe Round-Ups » The Best Things We Ate This Month

Every month, we round up the best things we've eaten—recipes we've made, restaurant meals, and impromptu dinners that turned out so good we just have to share them. Here are this month's favorites: 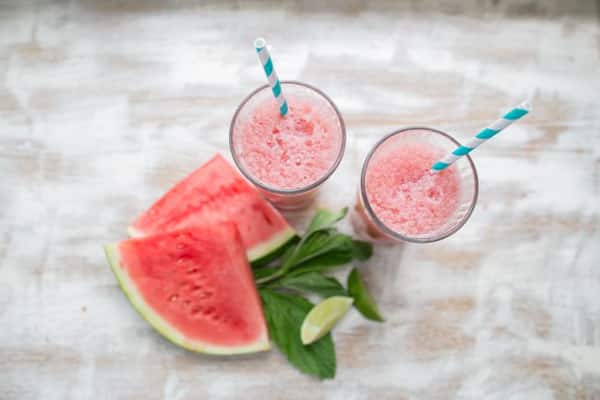 Even though it's early in the season, I've been buying watermelon like it's my job (side note: maybe I'm dehydrated). Lately the Watermelon-Cucumber Slush from Hello Natural has been my favorite way to maximize my intake—the cucumber makes it even more refreshing, and a little less sweet. - Dana 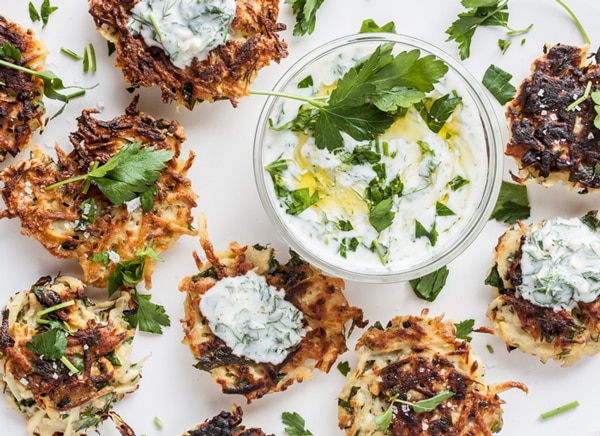 The best thing I ate in May were these Spring Parsnip Fritters with Garlic Yogurt Sauce. I was inspired by a recipe in the lasted issue of Bon Appetit, which featured zucchini instead of parsnips, and decided to use what we had on hand at our farm for a spring farm to table version. We loved these fritters so much that we've made them a couple of different times when we have folks over for dinner. They're simple to prepare and taste great with a glass of crisp white wine! - Andrea

I've become so bored lately with regular side salads to go with my dinner. After unexpectedly winding up with a bunch of extra cucumbers, I threw together a simple cucumber salad to pair with our meal one night. Peeled and diced cucumber, some dried cranberries, chopped pecans, a little bit of thinly sliced red onion and then tossed together with some leftover mustard vinaigrette. So simple yet so good. And such a nice change from my standard go-to spinach salad! Why I never thought to do this before is beyond me! - Ashley 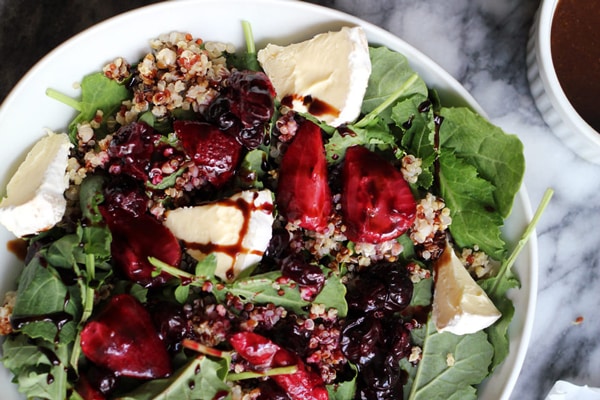 I've been trying to eat a salad a day to get ready for my honeymoon in June and the salad that's been keeping me on track is this roasted berry and brie kale salad. Filled with roasted berries, quinoa, brie, and kale it is filled with so much fun flavor but also a whole lot of nutrition! - Joanne

. I've made it before, but this time we used this super amazing saffron that I bargained hard for at a spice market in Istanbul. Holy cow, what a difference! I also used edamame instead of broad beans, but otherwise followed the recipe exactly. If you haven't tried this, get your hands on some really good saffron and do it now! - Katie 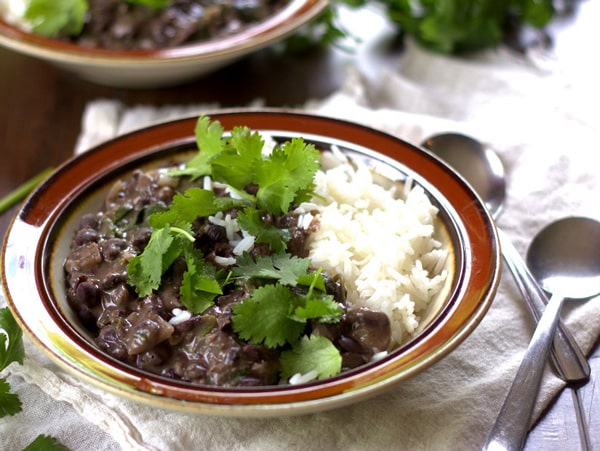 The best thing I ate in May was this spinach, coconut & black bean curry. Coconut curries are always a hit with me, but the combination of black beans, Indian spices and coconut milk made this one of my all time favorites. It was also one of the easiest dishes I've ever thrown together, with a minimum of chopping, a handful of powdered spices and just a short simmer time. - Alissa

These Baked Cheese Grits are kind of like a cross between polenta and a soufflé. Instead of cheddar and Monterey jack, I made the recipe with jalapeño jack and when the grits were done baking, we topped them with sautéed corn, zucchini and red bell pepper, along with a dollop of salsa and sour cream. So good! - Kiersten