How to Cook with Seitan + A Turkish-Style Vegan Kebab Video 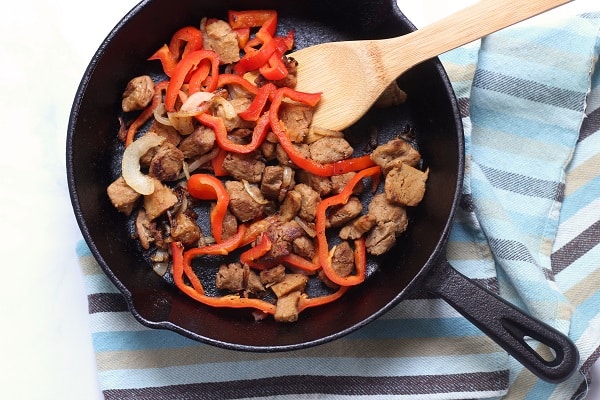 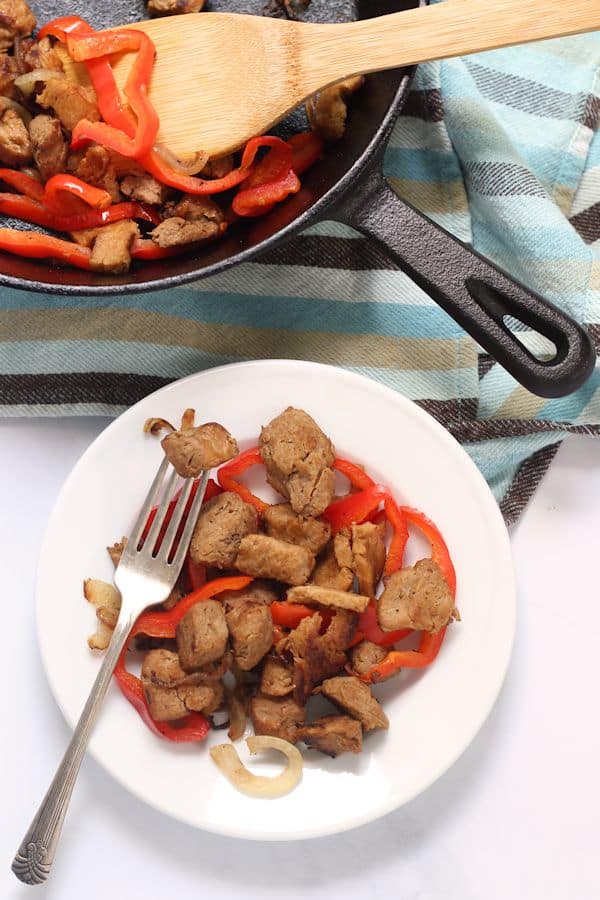 The first time I found a package of seitan at the supermarket I was reeeeeally excited. I’d heard so much about this stuff and was super psyched to give it a try. It wasn’t until I got home and into the kitchen with my shiny new package of seitan that I realized I hadn’t a clue what to do with it. I didn’t have any seitan recipes on hand and apparently hadn’t paid close enough attention to those magazine articles and vegetarian cooking shows where I first heard about the stuff.

I think not knowing what to do with seitan scares lots of people (with greater foresight than myself) away from it. Fortunately, cooking with seitan is easy-peasy, once you get a few simple steps down.

Or not. If you’re the type of person who likes to wing-it in the kitchen (go you), you still probably work with a general idea of what you’re creating in your head, so let’s call that your recipe.

You have a few options. First, you could use a recipe that calls for seitan. Easy!

You could also substitute seitan for meat in a non-vegetarian recipe. This generally works best with recipes that call for chicken or beef. Seitan can work as a pork substitute too if you add a little smoky flavor, like smoked paprika or liquid smoke. Keep in mind that your seitan will most likely be in smallish pieces, so while a stir-fry or stew that would normally include meat may be a great choice, replicating a whole roast turkey with seitan might be a little tough.

Your third option is to add seitan to a recipe that doesn’t call for meat or seitan. I do this all the time with recipes for things like pasta dishes and stews, to add a little extra flavor and a protein boost.

Choose and Prep Your Seitan

Most commercial seitan is available in bite-sized chunks or strips. Pick the cut that works best with your particular recipe. If you need pieces that are smaller than what’s provided in the package, you can cut them up. You can also get larger pieces if you’re up for making your own seitan. 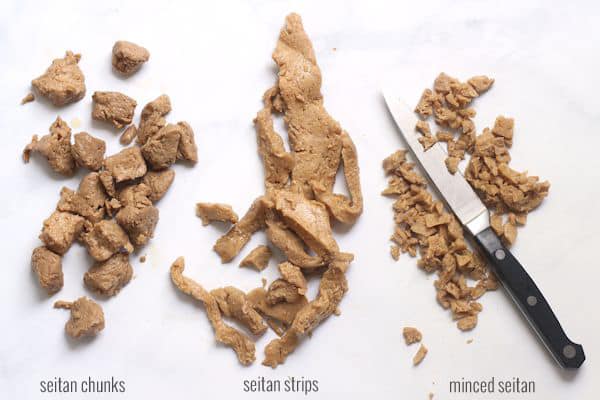 Most seitan is packaged in a seasoned broth, which is where it gets its flavor. I’ll sometimes add the broth along with the seitan if I’m making something like a stew or gravy, but most of the time you won’t need the broth for your recipe. If you aren’t using all of your seitan at once, store the unused portion in the broth in an airtight container. Stick it in the refrigerator if you plan on using the rest within a few days; freeze it (broth and all) if it’ll be longer.

This is the easiest part, because seitan is technically already cooked. When you cook your seitan as part of a recipe, all you’re really doing is heating it, possibly browning it, and probably adding some seasonings for flavor. 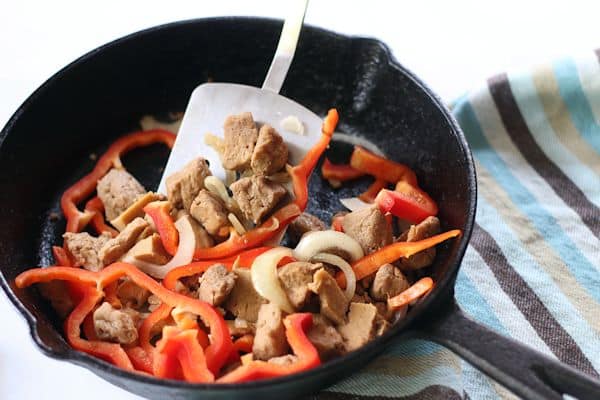 If you’re replacing meat in a recipe, you can usually swap the seitan right in for meat, but cut back on the cook time a bit, since you’re not concerned with cooking it all the way through.

You can brown your seitan by simply sautéing it in a skillet or pot with a bit of oil. Since seitan doesn’t naturally contain much fat, it tends to suck up oil and dry out quickly, so you might want to increase the amount of oil a bit if you’re adapting a meat-based recipe. Usually one or two tablespoons of oil and five minutes over medium heat is sufficient to brown an eight-ounce package of seitan. You can experiment to find the amount oil, heat and cook time that results in a texture to your liking.

Recipes that don’t require browning are even easier. You can just throw your seitan right in! This is often the case with soups and stews. Again, you don’t need to worry about your seitan cooking through, so cook time isn’t crucial; in fact, I prefer to throw my seitan into a batch of soup or stew towards the end of cooking, as it is possible to overcook seitan by letting it simmer too long, which tends to make it a bit spongy.

That’s it! See, not at all that intimidating. Once you get the hang of adding seitan to your recipes it will quickly become second nature. Keep a couple packages of various cuts in the freezer and you’ll have an easy way to add protein and bulk to your meatless meals.

How to Make Turkish-Style Seitan Kebabs

Now that you’ve mastered the seitan basics, check out this super-savory recipe for Turkish-style seitan kebabs with this video from Like a Vegan: 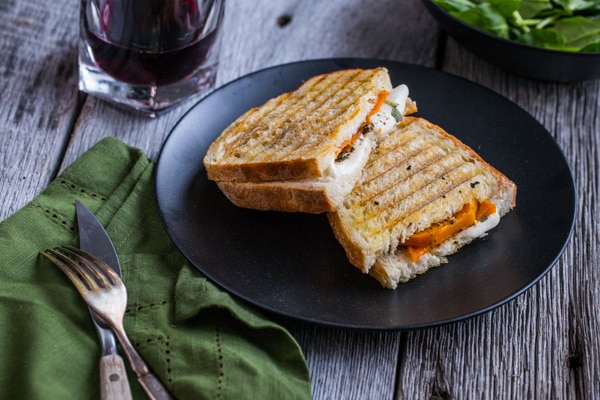 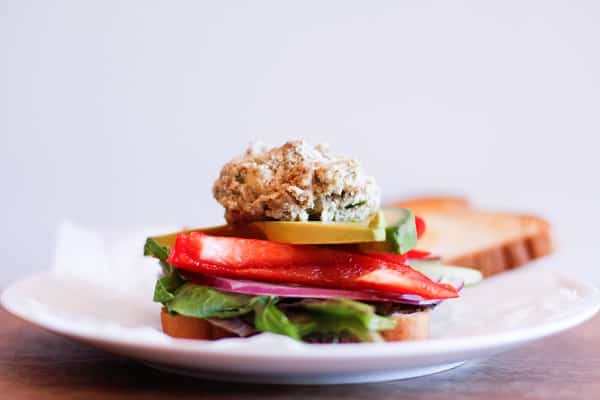 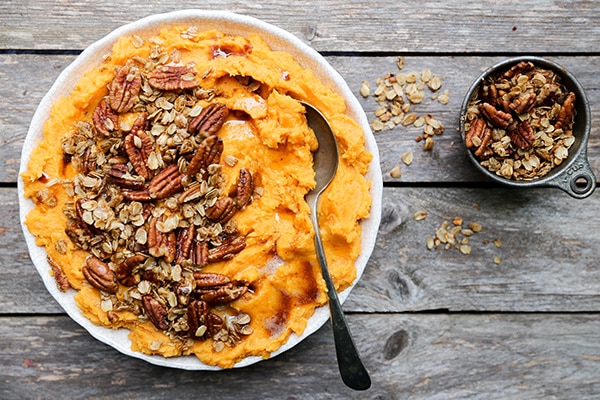